Nikhil Roy is cofounder of Swipe Back

Social media has become a problem child for brands.

For any business wanting to socialize with its customer base, the cohort of social networking and social media platforms that have grown up over the past 15 years now offer little in the way of two-way conversation – and no chance to grow organically.

Communities, once the bedrock of Facebook, for example, are almost impossible to build on existing platforms. And engagement on Instagram or TikTok is now more akin to a media buy dependent on ad buying or influencer marketing.

For brands looking to build passionate and loyal online communities, it is time to look at other options. Enter Discord, which is making a name for itself as a place for closed – and safe – community chat.

Discovering Discord
Launched in 2015 as a platform to provide remote gamers with a place to chat online, Discord has flourished since then, growing to around 150 million active monthly users.

According to Google Search Trends, Discord really started gaining momentum during the early weeks of the COVID-19 pandemic, which makes sense when you consider that spring 2020 saw many huge behavioral shifts including more time spent streaming entertainment content, watching news coverage and video gaming — with the largest increases in time spent gaming reported by Gen Z and millennials. Interest continues to grow.

Interaction on Discord includes the basics of text, voice and video, but users can also listen to music together and create their own emojis, making the user experience highly individual and customized. More recent features added include forum channels, homepages and third-party moderation tools.

The platform is constructed of servers set up around community interests. What differentiates Discord from Web 2.0 social media platforms – and makes it potentially appealing to consumer brands – is directness.

Unencumbered by the algorithmic content feed and paid-for advertising that comes with a centralized structure, Discord has become a closed discussion space where users can interact on an equal footing.

Discord describes its servers as ‘a small living room, where you meet people who have common tastes and find your friends with whom to chat.'

Given the intimacy of the spaces and the fact that Discord is an invite-only community promising exclusivity, it is no wonder that luxury brands are starting to take note.

Early brand entrants including Gucci and Prada, which are both testing out Discord as a new digital channel in a web3 world and as a direct route to communities of potentially loyal fans.

Brand explorations
In what could be considered a meta move, brands are using Discord as a way to figure out and fine-tune their metaverse strategies by engaging with users who are themselves well versed in the metaverse.

With metaverse marketing in its early stages, it can make sense to be part of the space as it evolves.

For example, luxury brands can set up an area on Discord dedicated to their latest brand and events news.

Gucci has been experimenting on Discord since January 2022. Its Gucci Vault is an ‘experimental creative space’ where it can host conversations about the future of the metaverse, drop exclusive NFTs and even search for new digital talent.

However, brands approach Discord, the central concept is that it is a place for users to know everything about that brand, and discuss how it fits into the wider culture with other passionate fans.

In many ways, Discord is a customer-to-customer platform, rather than a business-to-consumer one.

As such, marketers need to be careful to encourage discussion, not stifle it, especially when building a community as desired by key demographics.

Discord has 300 million users worldwide, a figure dwarfed by Facebook’s 2.9 billion, but the bigger number should not be the goal. If it were, brands could just plough more money into ad spend on Facebook.

What we should aim for is a more social state of play where a small but dedicated group of people in a branded environment can talk about the things they love. That is ultimately more rewarding than having millions of followers.

Social spaces in web3 where people who love your brand can come and interact, is where things get interesting.

Given that each Discord server is invite-only too, makes it more likely brands will find an engaged audience there.

Control and conversation
There is sometimes a temptation to try to own the platform. After all, if your brand is investing all this time and energy into a new channel such as Discord, should you not be more in control?

On a decentralized platform such as Discord, it is simply not possible to control your image as much as you are used to on other channels.

What you can have is brand messaging, and moderators that can steer the conversation in a certain direction. But, ultimately, users shape the conversation — they can even talk about other companies.

Once you realize that this is a chance to build a community of real people talking about what they care about, it can be powerful.

Letting go — and allowing the conversation to shape itself — shows your community is an authentic space for consumers.

SOCIAL SUCCESS FOR brands today lies in being able to engage with communities wherever they are.

A truly social media ecosystem such as Discord shifts the conversation away from how much reach you buy.

Instead, it is a path towards a safe space for brands, where you can hear from your most loyal and engaged customers on their terms.

Nikhil Roy is cofounder of Swipe Back, Montreuil, France. 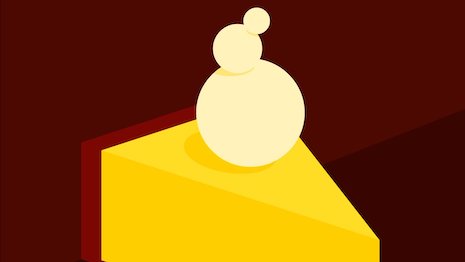