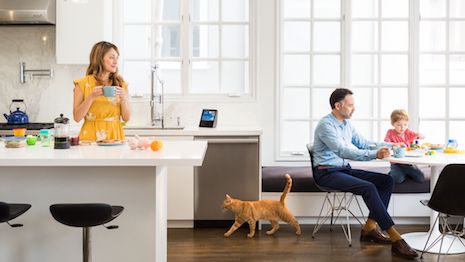 Consumers are increasingly becoming aware of the value of their personal data, leading them to be more discerning about how they share their data with organizations and marketers.

Generation Z and millennial consumers are the most aware of ways companies can monetize their data, according to A.T. Kearney's “Insights on Personal Data Privacy, Usage and Monetization” report. There is also growing interest among consumers to use brokers or agents to personally address data concerns.

“Consumer are desensitized to companies tracking their behaviors and snooping social sites, however the information is mostly anonymized,” said Greg Portell, lead partner in the global consumer and retail practice of A.T. Kearney, St. Louis, MO. “When that supposedly generalized information becomes connected to a specific name and contact point, consumers expressed the discomfort.

“More importantly, consumers have grown tired of companies misusing the connection by failing to personalize content or offers,” he said. “That consumer fear of being harassed with spam and waste overrides the not-yet delivered personalization.”

Data perspectives
About a third of all consumers are aware of how to monetize user data, including 42 percent of respondents between 18 and 34 years old.

Among the information consumers believe is most valuable are their contact details, demographics and financial data. Thirty percent also cited their location data, while less than 20 percent felt most protective of health, social and activity information. 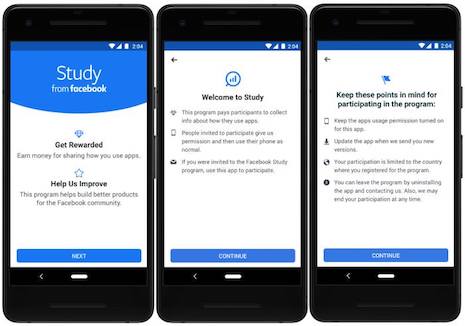 For instance, social network Facebook is looking to make consumer research more transparent with the debut of an opt-in program.

Study from Facebook is a mobile application that will track volunteer participants’ app usage in exchange for monetary compensation. Facebook says this move is in response to the changing consumer expectations surrounding market research (see story).

“Not too long ago, it was a firmly held belief that retailers, social media and data vacuums captured consumer data and then owned it,” Mr. Portell said. “By our estimate, a person generates $1,000 dollars a year in data value.

“First, consumers want to capture their fair share of the data value,” he said. “Second, they expect that marketers and service providers will become better at how they use the data they are borrowing from consumers.”

At least 60 percent of consumers believe it is “extremely important” to be able to erase data, be informed of breaches, access data and be aware of data use and sharing.

Inability to delete data and prior data breaches will also discourage a respective 30 and 27 percent of respondents from sharing information.

High-end retailers and hospitality groups have been impacted by security breaches in recent years.

A group of cybercriminals stole more than 5 million credit card numbers from customers at Saks Fifth Avenue and Lord & Taylor in a major security breach. The two were likely targeted due to their nature as upscale department stores, which would likely have affluent customers (see story). 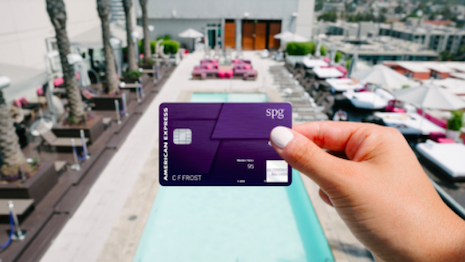 Mandarin Oriental Hotel Group similarly revealed a data breach in its credit processing in which hackers stole consumer card information. According to a statement from the company, it found and eliminated malware from an “isolated” number of hotels in Europe and the United States (see story).

“That means understanding the consumer’s journey over time, connecting dots and creating bespoke combinations,” he said. “Most importantly is the importance of a mind shift from direct marketing to customer service.”

Privacy and data as luxuries
Consumers are also taking a more active role in data monetization.

Per A.T. Kearney, a third of respondents are interested in “data agents” who collect fair value for their data.

Due to the growth of the Internet of Things, privacy will likely turn into a luxury item in the future, with consumers trading data for ownership in goods.

In the near future, vehicles are likely to be so integrated with the IoT that it is likely consumers will be able to barter for vehicle use by selling the personal data that the car will produce, according to a keynote from the managing partner of Identity Praxis at Luxury Marketing Forum in September 2018. While the industry does need to work on gaining trust back in the eyes of consumers thanks to pitfalls in the news, over the next 10 years Cisco reports that IoT will generate $19 trillion in net economic value to society (see story).

Anonymity continues to be important to the segment of high-net-worth individuals of today, who are opting for amenities that eliminate the ability for others to track them. These consumers are opting for more and more privacy measures, adding expense while traveling and even hiring executive protection (see story).

“Consumers relinquished privacy long ago,” Mr. Portell said. “The luxury is the ability for consumers to now profit from that loss of privacy at increasingly higher levels.”