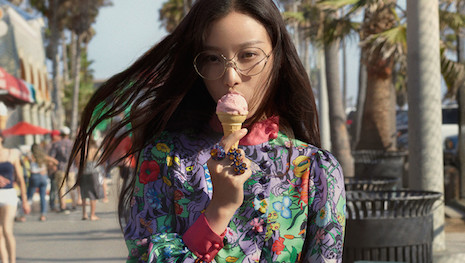 Luxury opportunities in China cannot be overstated, with Chinese consumers expected to be responsible for more than 40 percent of true luxury purchases by 2025.

According to a new joint report from Boston Consulting Group and Tencent Marketing Solution, 48 percent of true-luxury consumers in China are younger than 30. Not only are Chinese affluents still young, with the potential to build their earning power, but they are also digitally engaged at unprecedented levels.

The 2019 China True-Luxury Report is based on insights from Tencent’s platforms as well as a survey of more than 1,500 luxury consumers. The report focuses on true-luxury personal goods, including handbags, shoes, accessories, ready-to-wear and jewelry.

Young and urban
Seventy percent of the luxury business’ global growth through 2025 will come from Chinese consumers, according to estimates from BCG and Tencent.

Chinese luxury spending is expected to grow at an annual rate of about 6 percent through 2025. In 2018, Chinese consumers spent 334 billion euros, or $377.1 billion at current exchange, on luxury goods.

Forty-two percent of luxury sales in China are completed by consumers under the age of 30. This includes Generation Z consumers, those between ages 18 and 25, who contribute 12 percent of total luxury retail sales.

Additionally, about three-quarters of Chinese true-luxury consumers reside in tier 2 cities or above. A third of luxury retail sales originate from the nation’s top four cities – Beijing, Shanghai, Guangzhou and Shenzhen – where the average affluent consumer spent 13,000 euros, or $14,678, on luxury goods in the last 12 months.

Luxury handbags are the biggest spending category in the top four cities, which account for nearly 40 percent of total high-end handbag purchases in the country. In contrast, consumers in the top four cities, as well as tier 3 cities and below, both spend about 1.9 billion euro, or $2.1 billion, on luxury ready-to-wear in a year.

More than 80 percent of luxury purchases by Chinese consumers follow the path of research online and purchase offline, or ROPO. This is 30 percent higher than the global average of ROPO.

However, more than 60 percent of touch points for discovering luxury products happen online. More than half of affluents report being influenced by WeChat, including mini programs.

Working with KOLs has been crucial for luxury brands, especially as they aim to appeal to the burgeoning, tech savvy population of Chinese affluents.

This year, organizers behind the annual Salon International de la Haute Horlogerie (SIHH) partnered with agency Digital Luxury Group on an influencer campaign to raise awareness of the watch industry among Chinese millennials. BoyNam and Peter Xu are influencers in the fashion and lifestyle spaces, who are active on Weibo and WeChat.

While the hashtag #SIHH2019 reached more than 100 million users on Weibo, the KOLs were responsible for a significant proportion. Together, the men generated more than 23 million impression on Chinese social media, including 1.2 million simultaneous views during the height of live streaming on Yizhibo (see story).

Italian fashion brand Tod’s is similarly looking to gain clout in China through a partnership with macro influencer Mr. Bags.

Launching worldwide on June 26, the Mr. Bags x Tod’s collaborative bag will retail on the brand’s Web site as well as its WeChat mini program. Various stores in locations such as China, Hong Kong, Macau and Taiwan will also carry the limited-edition in addition to retail placements in cities frequented by Chinese travelers (see story).