Year of GDPR: Looking back and to the future 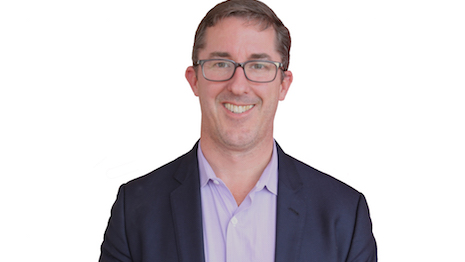 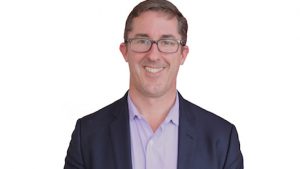 A year ago Saturday, May 25, marks the one-year anniversary of the GDPR (General Data Protection Regulation), a tsunami that washed onto the world’s shores.

Even though the GDPR waters have yet to settle, it is abundantly clear that the world’s topography has forever changed.

GDPR has triggered change across all five foundational pillars – legal, economic, technology, social and political – of the world’s economies.

In the wake of GDPR, regions such as the European Union and Latin America, countries, states and companies around the world are responding to the call to give individuals self-sovereignty and authority over their identity and personal data.

To comply with these regulations, organizations must develop new processes, change their technology stacks, and appoint a chief data officer (DPO).

What are people’s rights?

Under GDPR and similar regulations, people have rights to their personal information.

At a high-level, when referring to “people’s rights,” what this means is this that people have – will have – a right to:

Each and every one of the above rights is directional. Each right is independent and interdependent. They are, in most instances, not absolute, as they may only apply in certain circumstances.

GDPR-like regulations around the world

The waves generated by GDPR are reverberating around the world.

India and Australia are recognizing the “human-right” to privacy, and South Africa is enacting the Protection of Personal Information Act (POPIA).

Washington State (Senate Bill SB 5376 – 2019-20) and Commonwealth of Massachusetts initiated laws similar to GDPR to give individuals new rights and authority over their personal information.

Washington State’s efforts appear to have stalled, but the Massachusetts law is still taking shape and is expected to take effect in 2023 (“An Act relative”, 2019; Ropek, 2019).

Furthermore, individual U.S. cities and sectoral legislation are being enhanced and established to protect individuals’ data and privacy.

These are just a few of the regulatory changes occurring throughout the world.

Study and understand the regulations

It is important to study the details of every regulation to understand who they apply to, how they apply, the requirements that must be met to adhere to them, and the timings that must be recognized when an individual files a complaint.

For example, the thresholds to determine if a company must adhere to a regulation vary.

For the CCPA to apply to an organization, the entity must have gross revenues in excess of $25 million, or be in the business of buying, selling or processing the personal information of more than 50,000 data subjects (aka individuals), households or devices, or derive 50 percent or more of its revenue from the sales for personal data.

As for how much time an organization has to comply when an individual enacts their rights, verbally or in writing, the timing may vary from a matter of days, months, or a year. The requirements may be different for each right and each regulation.

GDPR and the new regulations have teeth

One detail to pay special attention to when evaluating a regulation is that a regulation today may carry with it substantial fines.

GDPR, like its cousins, not only brings new rights to individuals and new requirements to businesses and technical processes that organizations must recognize and adhere to, it also brings quite a sizable fine if its requirements are not met.

In the case of GDPR, companies face fines of 4 percent of global revenues, or €20 million, whichever is larger.

The IAPP (n.d.) “GDPR One Year Anniversary – Infographic,” as of May 25, 2018, shows that, since GDPR took effect last year, 500,000 DPOs have been registered (registering a DPO is a requirement of GDPR), a total of 89,000 data breach notifications have been filed (filing data breaches is another requirement of GDPR), nearly 280,000 consumer complaints have been registered, and there have been more that of €56,000,000 in fines levied (which were mostly attributed to Google in France).

Be sure to revisit the IAPP’s GDPR infographic, as they update it regularly.

Thinking beyond the legal checkbox to personal data exchange

Prosperity is on the horizon.

According to the United Kingdom government, in a 2018 report authored by Ctrl-Shift (2018), the impact and productivity to be had from empowering people with control over their personal data, not including growth from innovation, could generate as much as $27.8 billion to the country’s GDP.

Looking at country-level GDP is not the only metric to consider when thinking about the value that can be generated by giving people control of their data.

People can and will benefit directly from the exchange of their personal data, including the data generated from their labor or capital.

For example, Jaguar, in April 2019, announced that it is working on a program where people can sell the data collected by its connected car (Smith, 2019).

In this example, when the car detects a pothole it will collect the location of the pothole and sell this data to a local municipality.

Cryptocurrency payments for the data will be made directly to a person’s Jaguar Smart Wallet. People can then use this income to pay for parking, tolls, charging stations and a cup of coffee.

ORGANIZATIONS BIG AND SMALL should not be resigned to simply comply with the rules laid down by the GDPR and similar legislation. They should not be afraid to empower individuals and to give them control of their data.

Rather, to thrive in the wake of GDPR, companies should embrace change, adopt new systems, and overcome their challenges, and use this opportunity to re-configure their value chains, organizational systems, and business models, to innovate and, most importantly, to refresh and forge new bonds with the people they serve.

NOTE: I am not a lawyer. Do not consider this article legal advice. Consult your legal counsel before executing plans to comply with GDPR or any regulation.