Luxury goods companies are usually the victims of knockoffs and infringements – an expensive fashion item is copied by a cheap imitator. However, an interesting twist has come up in a recent copyright suit against Kering’s Balenciaga brand.

Drawing the line
Brooklyn, New York-based company City Merchandise Inc. manufactures souvenirs and apparel sold in cities throughout the United States and the Caribbean. It specializes in items aimed at tourists who visit New York, and many of the items bear New York-associated designs.

Enter Balenciaga. Balenciaga introduces a line of products with prices ranging from $500 to $2,300, which include: 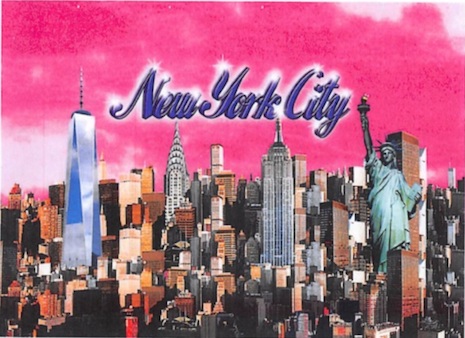 Although imitation is proverbially the sincerest form of flattery, apparently City Merchandise was not so flattered.

Rather, the souvenir maker July 26 sued in New York’s Southern District Court, alleging that its design is protected by copyright, and that the design, including the collage of New York skyline images and the distinctive font of the word “New York City”, was largely copied by Balenciaga and imprinted on its items.

Not a pretty picture
Does City Merchandise have a case? Its copyright certainly appears valid – it is of a flat design that is later imprinted on merchandise, and since it is registered the copyright is presumed valid.

Balenciaga’s imprinted design, while not identical, appears very similar and there is a strong inference that it was copied, since City Merchandise’s products are widely distributed and available for review. Take a look at Balenciaga's designs for its tote bag, purse and wallet: 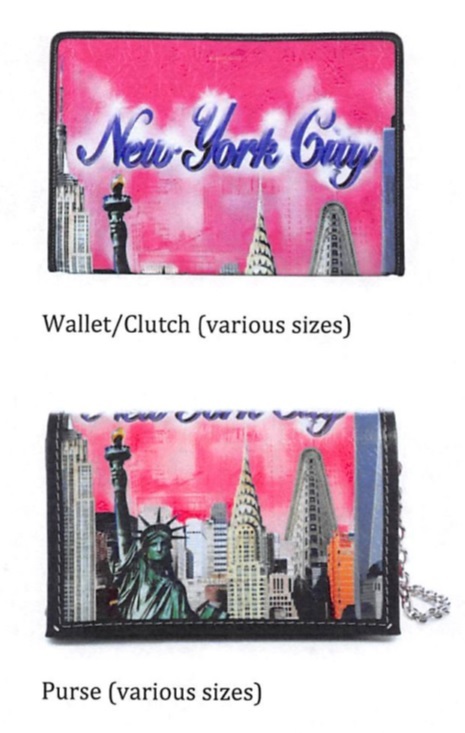 Balenciaga's wallet and purse designs with the New York skyline 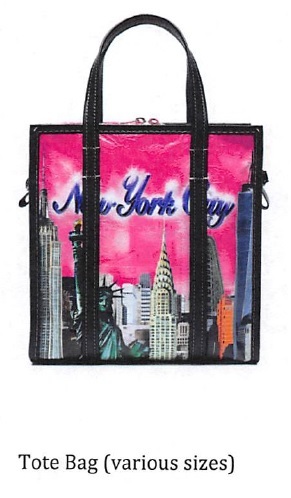 While the case is still in its infancy, it would not surprise if Balenciaga ended up paying a substantial settlement.

Under the Copyright Act, a copyright owner that shows infringement is entitled to not only its own losses, but the defendant’s profits from the infringement. For a luxury goods company, that could be substantial.

City Merchandise’s complaint alleges two other facts that might give Balenciaga pause.

First, it notes that the editor in chief of a noted fashion Web site, Fashionista.com, chided Balenciaga’s designer for copying City Merchandise’s design in a Twitter feed. This seems not to have deterred Balenciaga.

Second, City Merchandise’s complaint notes prior occasions when Balenciaga’s designer has been accused of copying others’ designs, and was then called out about it in the press.

Although these prior occasions do not directly relate to City Merchandise’s claims, again they could be construed as evidence of willfulness.

Courts sometimes admit “other bad acts” as evidence of willful behavior in the pending case, and these allegations potentially could make City Merchandise’s claims stronger.

THE TAKEAWAY is that high-end companies should not assume that they are immune from getting into trouble by copying others’ designs.

While new designs are the lifeblood of fashion, legal due diligence before they are introduced can avoid major legal headaches.

Once a charge of copying is made, ignoring it will only make matters worse. That is something that Balenciaga may now learn the hard way.