A new report by Boston Consulting Group argues that Brazil's interior market, the cities outside of major metropolitan areas, are underserved by companies across sectors and consumers there have nearly 20 percent more disposable income on average than their primary city counterparts.

Sixty of the 98 interior cities with more than 5,000 affluent families were found to have no luxury car dealership. Lack of awareness and accessibility of automakers among many other categories leads to undercultivated markets that will continue to grow well into the next decade.

"Today, the Brazilian middle class is mushrooming, driving a consumption boom," said Will Palley, trend strategist at JWT, New York. "The annual spending power of Brazilian households is expected to reach $1.6 trillion by 2020, according to the Boston Consulting Group.

"Brazil has seen an influx of foreign brands since the economy stabilized in the mid-'90s and then boomed over the last decade," he said. "While growth has slowed – and several intractable issues like poor infrastructure still handicap the country – international brands will find a relatively uncluttered market and a nation of young spenders who are hungry to try new things and optimistic about their financial future.

"There's a consumption frenzy as people revel in their ability to make discretionary purchases for the first time. And among the upper class, consumption is exuberant on a different scale. For instance, sales of luxury goods were expected to grow at least 12 percent last year, according to The Financial Times."

Mr. Palley is not affiliated with Boston Consulting Group, but agreed to comment as an industry expert. BCG was unable to comment by press deadline.

The Boston Consulting Group’s Center for Consumer and Customer Insight surveyed more than 3,600 middle-class and affluent households in both capital and interior cities in all regions of Brazil for the "Brazil’s Next Consumer Frontier" report.

The report notes that a surge of prosperity is happening outside of Brazil's major cities. In fact, six million more middle-class and affluent families emerged in these interior cities between 2000 and 2010. This growth rate is expected to continue at 13 percent per year through 2020.

BCG predicts that these clusters will add $133 billion in consumer spending by 2020 to reach an aggregate sum of $633 billion.

However, companies are not serving these consumers at a level comparable to the service provided in major cities. 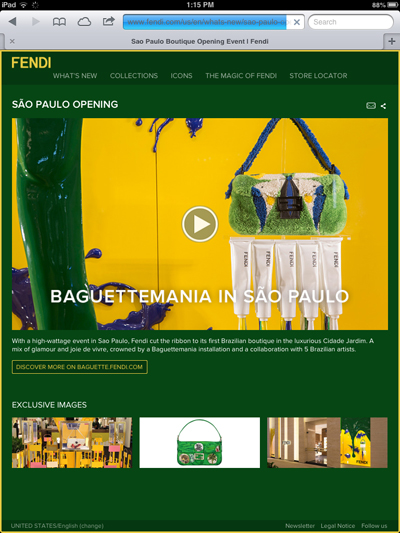 Interior consumers, just like consumers anywhere, like to experience products in-person, but the lack of bricks-and-mortar stores prevents them from forming brand preferences.

The report argues that by 2020, interior consumers will account for 40 percent of Brazil's automobile sales and 47 percent of apparel sales.

Interior consumers were also found to travel abroad less than their city counterparts, which makes it even more difficult for brands to access this market.

Ultimately, BCG exhorts brands to establish a retail presence in these cities and to bolster ecommerce efforts to enable comfortable shopping even if a store is not nearby.

"For North American and European firms, Brazil also presents lower barriers to entry than its BRIC peers, given the degree of cultural overlap, including a Latin-based language, a Judeo-Christian faith, a European history and a robust democracy," Mr. Palley said. "Shared roots and cultural values also mean Brazilians are more amenable to working with Western multinationals.

"While most domestic brands have clear class associations, these are largely ambiguous or nonexistent for international brands – a big plus for aspirational members of the middle class looking to acquire a new image," he said.

"Meanwhile, a mass market is emerging for the first time in Brazil: Customers across classes are growing increasingly likely to purchase the same products, just as everyone from high-powered CEOs to average Joes might both buy their chinos at Gap in the U.S."

Although brands clearly have vast opportunity in Brazil, one deterrent may be the shopping patterns of the affluent.

In Brazil’s consumer culture 50 percent choose to shop abroad rather than within the country due to the high price of products. From a brand perspective, this is a result of Brazil’s strict labor market and the complexity of doing business in the country.

The second reason is more dependent on consumer demand. Thirty percent of consumers choose to shop outside of Brazil because of a wider selection of products and do not want to wait for local boutiques to receive the merchandise.

Brazil will soon be opening its doors to the world for the World Cup, which may act as a catalyst for brand expansion.

"With the FIFA World Cup about to kick off and the Summer Olympic Games in 2016, marketers have the perfect opportunity to enter or expand within the burgeoning Brazilian market," Mr. Palley said. "The games will put a global spotlight on Brazil and drive spending."