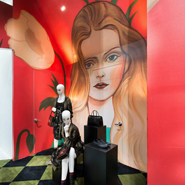 The "Shock of the New Chic: Dealing with New Complexity in the Business of Luxury" report asserts that consumer interests are fragmented along far too many lines for a brand to have identical stores in different locations. Also, the nomadic nature of luxury consumers forces brands to reassess the nature what each store should achieve.

"If I had to simplify in one word, I would say complexity," said Jean-Marc Bellaiche, BCG senior partner, New York. "We believe that the global store is dead.

"Brands can be both more localized and globally very consistent," he said. "Luxury players can offer some specific events or products in, for example, the New York City store versus their Shanghai store, while still being consistent with specific events/products that are fully aligned with the brand DNA."

BCG's "Shock of the New Chic" report measures the current luxury status and growth potential of the world's 550 richest cities as defined by GDP per capita and draws survey data from 10,000 core luxury consumers in 10 countries.

New face for each place

Complexity has entered the luxury space through changing demographics that favor new models of "reciprocal" marketing, evolving technology, maturing markets and other variables.

As consumers and markets climb up the maturity ladder, there is a movement from tangible objects such as cosmetics, watches and bags to fleeting experiences.

For brands dependent on retail sales, this means that each store should have a different atmosphere, product assortment and purpose to foster unique experiences.

Companies can no longer rely on homogeneous global campaigns. Instead, brands should adopt a granular and hyper-responsive approach to retail spaces, according to BCG. 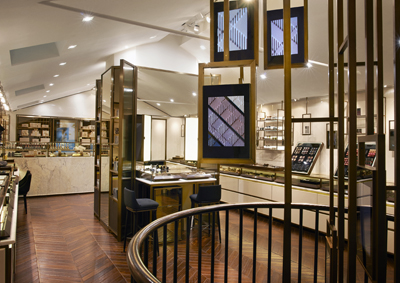 BCG emphasized that a store in New York should have a different product assortment than a store in Houston. After all, consumers in both these cities have distinct shopping patterns and if the store is shaped in a way conducive to these patterns, then sales will likely rise.

Also, the shopping habits of tourists must also be factored in, adding further complexity to the equation. 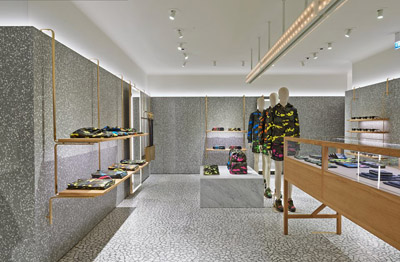 Among Brazilian and Chinese consumers, more than 50 percent of luxury goods are purchased abroad. Consequently, store locations within these countries may benefit by acting as showrooms and introductions to the brand.

BCG suggested that brands add more retail locations in cities such as New York and Milan to account for waves of tourism, while many Asia-Pacific cities were deemed to be filled with too many stores.

Additionally, consumers are becoming less deferential to brand opinions and prefer to gather recommendations from social media and word of mouth. Forty-four percent of global purchase decisions are influenced by word of mouth and social media.

Fifty-three percent of of surveyed consumers said that the Internet influenced recent purchases. Seven percent made purchases purely online, eight percent researched in-store and purchased online, while 38 percent of those surveyed said that they researched online and made a purchase in-store.

While this research challenges the traditional role of retail spaces, brands have tremendous room to grow if they are up to it.

"Experience in-store is becoming increasingly important, but it can complement selling a product," Mr. Bellaiche said.

"For example, customization and following the process of building your own product can combine both objectives," he said.