A recent appeal brought by Cult Gaia to protect its handbag design highlights the requirements and high evidentiary bar to clear for obtaining trade dress protection.

While Cult Gaia may not be in the luxury goods space, the legal issues at the base of the appeal are the same and important for luxury goods companies to consider.

Background of the appeal
In 2013, Cult Gaia marketed what became a hot item, a bamboo “Ark Bag,” which was heavily promoted on Instagram and other social media. 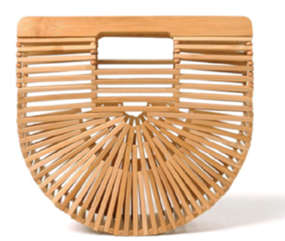 Three years later, in 2017, Cult Gaia filed an application in the United States Patent and Trademark Office (USPTO) to register the design as the company’s “trade dress.”

After some three years of negotiating with the USPTO Examiner, the examiner issued a final rejection of the application for trade dress registration.

Cult Gaia appealed the rejection to the Trademark Trial and Appeal Board (TTAB), the body in the USPTO that hears appeals from an examiner’s rejection.

The TTAB recently issued an opinion holding that Cult Gaia’s popular bamboo Ark Bag was generic, or alternatively, not distinctive enough to warrant any trademark protection, thus affirming the examiner’s rejection of the application. 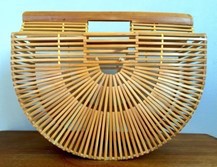 Trade dress rights
Trade dress – the right pressed by Cult Gaia – is a form of trademark in which the design itself functions to convey to the consuming public the source of the product. If a company can show trade dress rights, then the Trademark Act protects it from use by a competing company.

Unlike patents and copyrights, trademarks including trade dress are not directed to protecting creativity. Rather they are meant to protect the right of one company to identify products as its own and protect consumers from confusion as to who makes the item.

Trademark rights are obtained not through creation or invention, but through use of the trademark in connection with the product.

Wary that trade dress rights could be abused to monopolize designs without patent or copyright protection, the U.S. Supreme Court and Congress have imposed important limitations on such rights.

The dispute
Two such limitations are in dispute on Cult Gaia’s appeal.

First, product designs that are “generic” are not protectable. In the context of product design, generic means that a design is so common that it cannot be said to identify a particular source, i.e., it fails to function as a trademark, and therefore it is not capable of being registered.

Second, there is the requirement of “secondary meaning” also called “acquired distinctiveness.” Some forms of trademark, such as an arbitrary word mark, are protected immediately upon first use in commerce. Not so product designs.

In 2000, the Supreme Court held that to claim trade dress rights, one must show that the consuming public has come to recognize the design as uniquely associated with one company – that the “primary significance” of the design is to identify the product as that of the source company.

That level of recognition usually requires a significant level of promotion and sales by the company, and in a legal case, a strong showing, including through survey evidence, that the consuming public associates the design with a single source.

The Cult Gaia design
Cult Gaia sought to overcome both of these important limitations.

In considering whether the Ark Bag was generic, the TTAB reviewed the evidentiary record in the USPTO to determine whether Cult Gaia met this burden.

Cult Gaia lost some of its footing when it acknowledged its bag design was a copy of a vintage Japanese design.

It is of little moment who created a design, rather it matters who was first to use the design in commerce in the United States with the product in question.

So the fact that Cult Gaia might have copied its handbag design from vintage Japanese handbags is not critical. What is critical is to have been the first to use it to market handbags in the U.S.

Unfortunately, the record showed that Cult Gaia was not the first.

The TTAB reviewed evidence showing that in the three years prior and in the years subsequent to Cult Gaia’s first use, third-parties were marketing a very similar design bag in the U.S.

On this ground, and on commentary and articles promoting nearly identical handbag designs in fashion collections as well as articles by experts in the fashion industry to the effect that the design was a known design originating from multiple sources, the TTAB found that Cult Gaia failed to show that the Ark Bag was not generic.

Next, as an alternative ground for registration refusal, the TTAB turned to whether the bag had acquired distinctiveness through commercial recognition.

Cult Gaia sought to prove that the public recognized the design of its Ark Bag as uniquely associated with Cult Gaia.

In its determination the TTAB weighed six factors: consumer surveys; extent and exclusivity of use; extent and manner of advertising; extent of sales and customers; third-party intentional copying; and unsolicited media coverage of the product embodying the mark.

Cult Gaia presented evidence that the TTAB found to be at odds with the reality of the overall record on acquired distinctiveness, as well as the bag’s generic-ness.

Cult Gaia claimed that its use of the design was substantially exclusive, but the evidentiary record showed multiple identical third-party handbags on the market prior and subsequent to the Cult Gaia Ark Bag launch date.

One prominent way to build recognition of and association in a design is through advertising and promotion. And a key part of that is emphasis of the design over the brand name, i.e., that the public recognizes the design as the “key visual cue” to represent the brand.

Cult Gaia emphasized its advertising techniques to prove acquired distinctiveness. It pointed to its social media campaign that prominently featured the Ark Bag either by itself, or with an unidentifiable model.

However, the TTAB found that Cult Gaia undercut this evidence by tagging “CULT GAIA” in its social media posts, indicating that the brand name was still necessary to connect the bag design to the brand, meaning the bag itself was not sufficient to act as that visual cue.

The only factor favorable to Cult Gaia was a vast amount of unsolicited media coverage for the bag.

The Ark Bag was photographed with multiple celebrities and featured favorably in fashion reviews. The bag was also described in articles as “iconic,” “instantly recognizable” or a “classic that everyone must have.”

Although such evidence of unsolicited media coverage is worth its weight in gold in proving acquired distinctiveness, in this case, it was insufficient to overcome the weight of the other factors.

Ultimately, the TTAB refused to find that the Ark Bag acquired distinctiveness, and therefore upheld the USPTO Examiner’s decision to refuse registration of the design.

Takeaways
This decision highlights some important considerations for brands seeking to protect a design, including that there are other forms of intellectual property rights that can be used.

Design patents protect the invention of ornamental designs. The design must be novel — something totally new to the art of design, a fact unavailable to Cult Gaia — and non-obvious, meaning not an obvious extension of what was known before.

Copyright protects originality — someone creating an artistic work by himself/herself. It need not be novel — the same design might have been created by someone else, but if the person claiming copyright independently creates the design, then it would be protectable by copyright.

Many luxury goods and fashion companies use copyright or design patents to secure exclusivity in a design, and then use that period of protection to build up acquired distinctiveness.

Unlike copyright and patents, which have terms of protection that expire, once a design has acquired distinctiveness and is granted trade dress protection, the brand can benefit from that protection in perpetuity.

TRADE DRESS CAN be a powerful right.

Although there are high bars to clear, the arguments and outcome of Cult Gaia’s appeal can teach several important lessons in how to effectively use trade dress rights to protect a company’s designs.

Milton Springut is partner at Moses & Singer, New York. Reach him at mspringut@mosessinger.com.