By Regina Connell and Gail Piccirilli

With the dust of "Earth Month” 2021 starting to settle, now is a good time to better understand the complicated relationship between luxury consumers and corporate social responsibility (CSR).

Over the last few years, quantitative and qualitative surveys from firms such as Bain and the Boston Consulting Group have reported that luxury consumers care about sustainability, purpose, impact and good corporate citizenship.

According to Porter Novelli’s Purpose Perception Study, 71 percent of consumers would prefer to purchase from a purpose-driven company if cost and quality were equal.

The last few years have also seen the widening of the lens of social responsibility, moving it beyond sustainability to include social justice.

While increased sensitivity to social justice pre-dated the pandemic, movements such as #MeToo, #BlackLivesMatter and #StopAsianHate accelerated and amplified that trend.

However, as luxury brands have discovered, it is one thing to talk at a high level about values, purpose and social responsibility, and quite another to know how to engage meaningfully with consumers on those issues, particularly when missteps can lead to accusations of “greenwashing” or “virtue-signaling.”

In early 2021, luxury research consultancy Collective Work partnered with Metric Centric, a conversational analytics and social listening firm, to conduct a study to understand the extent to which luxury consumers engaged around social responsibility, what drove that engagement, and how it impacted their purchase decisions.

The study covered the period of September 2020 to March 2021 and focused on the United States modern luxury market.

Social listening collects and analyzes consumers’ experiences, viewpoints, and personal perspectives expressed online in social media and forums, only looking at what is available on the “public Web” and without identifying what specific individuals are saying.

While considered “alternative data,” it is actually a vast dataset, expanding exponentially, and often overlooked and underutilized.

What social listening adds to more traditional survey findings is a more unprompted, organic look at what consumers are thinking and doing.

Polls, focus groups and surveys can lead to respondents voicing opinions that they think the interviewer wants to hear, rather than how they really feel and ultimately plan to act. This is particularly an issue when it comes to virtue- related issues such as social responsibility.

The process combines data and human analytics, “crawling” the open Web –not just social channels – and then combining that information with industry research and audience data.

Analysts filter massive amounts of data to pull out the key insights and review sentiment, comments, issues, problems and ideas “heard” are reviewed for contextual meaning. The results are typically used to help deep understanding of audience segments, influencers, and the shape of public opinion. 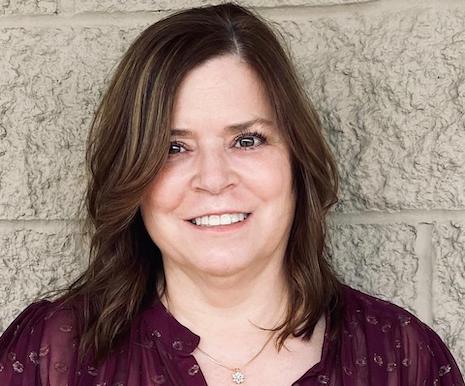 Modern luxury consumers did not bring up sustainability and social responsibility on their own—they needed to be prompted.

But once prompted by news stories engagement was high: over the course of the study, there were over 750 million impressions of social responsibility by luxury consumers.

According to Metric Centric’s George Assimakopoulos, the level of intensity was substantially higher than it is for many other industries and contexts.

Prada, Chloe and the Four Seasons led the list of brands most discussed in the context of social responsibility. Other brands included Gucci, Airbnb, Jaguar and Land Rover.

Luxury consumers did very little sharing of socially responsible shopping suggestions, nor did they raise questions about particular items, or compare social responsibility attributes, or brag about having purchased a sustainable item, etc. on social media and in forums.

While influencers did share and discuss specific products, they generally mentioned those items in the context of “how-to” shares rather than shopping recommendations, per se. The majority of those mentions pertained to fashion.

Industry media was the most powerful driver of discussions and engagement.

When it came to sustainability, media such as The Business of Fashion, Vogue Runway, Luxury Daily and NYT Times Style lead.

The next most powerful drivers were activist groups such as Remake Our World, the Conscious Fashion Collective and a handful of fashion and sustainable lifestyle influencers.

Social media was the native platform for conversation about social issues – often arising due to media stories but resulting in a longer tail of discussions.

Sustainability and social justice causes had significantly different engagement profiles, driving differences in who was talking, and the nature of that “conversation.”

Airbnb’s cancellation and blocking of reservations in the DC area during inauguration week, which blended the hot-button issues of Black Lives Matter, the election, and the inauguration, drove two to three times the number of background mentions on social responsibility.

But social justice is highly polarizing: older consumers tended to be more critical of brands that came out strongly in social justice causes, particularly around race.

Looking at these interest and intensity levels, we see that social responsibility does indeed matter at the brand level, at least.

At the same time, survey-based research shows that there is a strong collective sense that consumers feel they should care. Combine the two, and we see genuine momentum.

We see the interest continuing and expanding, with reinvigorated U.S. engagement in climate change initiatives under the Biden administration, more media coverage of sustainability, and brands undertaking more environmental initiatives.

We are also tracking the rise of accidental or convenience environmentalists who, for instance, initially buy luxury electric cars and install solar panels on their roofs for the sake of performance – as opposed to social values – but who later begin to embrace a more net-zero lifestyle.

But if luxury consumers do care about sustainability, why do they not talk about it more?

The obvious answer is the relative silence of many luxury brands. Even if they are taking steps toward social responsibility, many are loath to make too much of it over social media, preferring to issue more formal press announcements and let traditional news media cover the “story."

More subtly, it could also be that sustainability is considered table stakes in luxury—a key part of the luxury pillar of quality, for example.

And yet another reason is that sustainability is complicated, and many consumers—however highly educated—simply don’t know what to say or how to talk about it.

For every article that talks about the importance of water pollution, another will point to carbon as the most pressing issue. Whether it is food or fashion, consumers are confused. It is therefore not surprising that consumers do not know what to say.

Unlike sustainability, social justice is a visceral, highly human issue that is relatively more understandable and far more immediate than climate change.

In the business community, there continues to be widespread discomfort about taking activist roles in this arena. And it is not simple, as Burberry and other brands recently discovered when they raised concerns over the treatment of Uighur Muslim workers in China’s Xinjiang region.

But some business leaders are finding a way as demonstrated recently when CEOs from a wide range of industries joined together to support voter rights and access, in response to consumers, employees, shareholders and activists.

But if the history of sustainability in business is any indication, social activism will become a key part of a company’s positioning and communications portfolio.

In the 1970s and ‘80s, there was much the same handwringing about whether companies should do anything but focus on “shareholder value,” which seemingly ruled out large elective – as opposed to compliance-based -investments in sustainability.

Now, concepts such as ESG investing (Environment, Social, Governance) and the United Nations’ SDGs (Sustainable Development Goals) are mainstream and if not thoroughly embraced, then accepted as part of doing business by most business leaders.

What can luxury brands do?
Based on the research and broader context, consumer concerns about social responsibility are here to stay. Unfortunately, they are highly complex, requiring an interweaving of operational, product, brand and communications.

This makes companies appear defensive or worse yet, pandering. In addition, taking a diffuse set of actions does nothing for establishing a clear brand position in consumers’ minds.

One of the most powerful initiatives a luxury brand leader can undertake is to understand both its purpose and customers, then create a clear positioning around social responsibility to guide action and engagement.

The Activist: e.g. Patagonia, Ben and Jerry’s, leading with a social positioning and engaging consumers in a larger cause beyond the product.

The Social Business: e.g. The Real Real, Vestiaire Collective, Trove and Tesla—companies whose businesses are built around sustainability and purpose.

The Operator: e.g. Kering, IHG and Estee Lauder Companies—companies who have wide-ranging environmental initiatives in place but engage with consumers only lightly about those initiatives.

Once a company’s position is established, its efforts and communications can become more focused and less diffuse, more proactive and more effective.

PURPOSE, VALUES, sustainability and social responsibility are here to stay for modern luxury consumers. They are a key part of any luxury company's task is to understand how to engage its customers on these critical issues.

The first step is to understand them, what motivates them, and engage accordingly – with purpose, commitment and integrity – and skill.