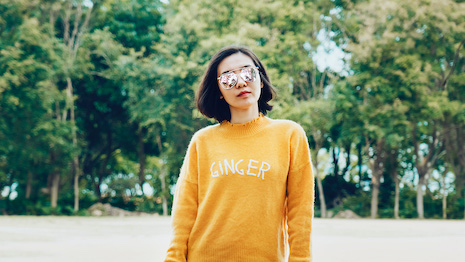 As the COVID-19 pandemic accelerates in some markets and eases in others, brands are focusing intently on where they can find new growth.

China, the top market for many luxury brands, is showing its huge potential due to its early recovery and the resilience especially of affluent and high-net worth consumers, whose spending has returned faster than less affluent consumers.

Within China, a new growth opportunity is emerging, specifically in lower-tier cities, including Tier 3 cities (shown in the yellow areas in the above map), as well as even Tier 4 and 5 cities (in the green and blue areas). 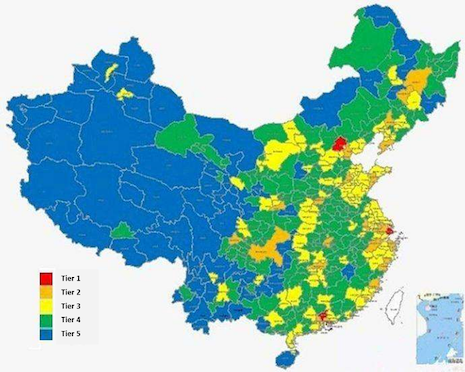 Within China, a new growth opportunity is emerging specifically in lower-tier cities, including Tier 3 cities (shown in the yellow areas in the above map), as well as even Tier 4 and 5 cities (in the green and blue areas). Source: Agility Research & Strategy

These urban frontiers are a very different world from the cosmopolitan megalopolises of Beijing, Shanghai and Guangzhou, but they are still China – and perhaps even more so, depending on whom you ask. They have their own populations of affluent consumers and are, in fact, where wealth – and opportunities for brands – are growing the fastest within China.

To give an initial understanding of this market, the following is a quick introduction on affluent and HNW consumers in these markets: what is the size of the prize, where do they live, who are they, and how are they spending their money.

Size of the prize
Agility estimates that about 3.2 million affluent (defined as having annual household incomes of at least 400,000 RMB) and high-net-worth individuals (HNWIs, equivalent to U.S. dollar millionaires in terms of assets), live in China’s 220 Tier 4 and 5 cities, including 2.9 million affluent consumers and 360,000 HNWIs.

These are not small numbers – they account for a fifth of China’s affluent individuals and about one-seventh of the HNWIs in China.

More importantly, these affluent and wealthy populations in lower-tier cities are growing faster in terms of both their numbers and the amount that they spending, and are a key driver for the growth of online in more premium and luxury categories, where brand boutiques are not available locally. 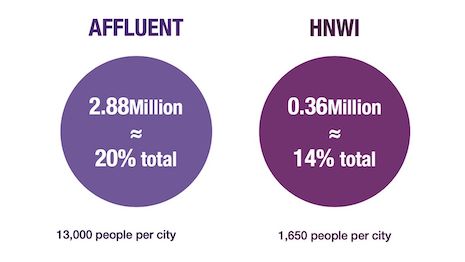 Affluent and wealthy populations in lower-tier Chinese cities are growing faster in terms of both their numbers and the amount that they spending. Source: Agility Research & Strategy

Where do they live?
China’s affluent populations tend to be concentrated in China’s more developed municipalities and provinces, the top 15 of which are: Beijing, Shanghai, Tianjin, Jiangsu, Zhejiang, Fujian, Guangdong, Shandong, Henan, Sichuan, Hubei, Hunan, Hebei, Inner Mongolia and Chongqing. 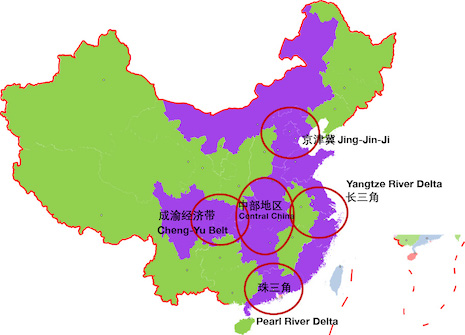 The wealthy in lower-tier cities are more scattered around the country. Among China's total 337 cities, 70 of them are Tier-3, 90 are Tier 4 and 128 are Tier 5 cities.

Typically, lower-tier cities that are closer to major Tier 1 and 2 cities have a higher concentration of affluent and wealthy residents.

In just one small Tier 3 city, Shaoxing (near Hangzhou, the capital of Zhejiang), there are more than 50,000 HNW families, nearly 20,000 ultra-high-net-worth (more than 100 million RMB in assets) families.

How did they build their wealth?
Consumers in lower-tier cities are not likely to have made their millions purely from their salaries, as there tend to be fewer employers offering high salaries in these cities.

Typically, they are entrepreneurs who have grown local businesses, made successful stock or property investments, and – this is the reality – are participants in the “grey” economy.

At a macro level, there are three distinct types of wealthy individuals in these cities that deserve brands’ attention, each with their own preferences: 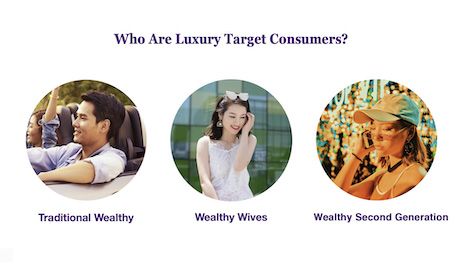 Luxury brands should tailor their messages to three distinct types of wealthy individuals in lower-tier Chinese cities with their own preferences. Source: Agility Research & Strategy

Traditional wealthy: Middle-aged men who made their money through building businesses or investments. They are hardworking, are active local investors, and have little distinction between their professional and personal lives.

Wealthy wives: While some women are entrepreneurs, many are spouses of business owners, co-owners, de facto CFOs of the family business, or “Tai Tai” (wealthy housewives), with ample leisure time.

Wealthy second generation: These are the younger group who received their initial wealth from their parents, though they may also run businesses and invest. They tend to have more leisure time and spend a lot on personal enjoyment rather than professional-focused entertainment.

Mine the gap
How can brands seize the hearts and minds of these lower-cities’ HNW and affluent consumers and gain new growth opportunities from these segments in China? We recommend the following:

First, invest in getting to know your customers in lower-tier cities – who they are, what they want, what motivates them.

Third, focus on online touch points to reach the audience, especially the younger inheritors. And note that they do not always use the exact same touch points as their Tier 1 and 2 counterparts.

Fourth, think about how to meet their lifestyle needs of “more leisure, shopping and social time.”

Finally, satisfy lower-tier consumers’ needs by high-tier products, service, quality, fashion, symbol and trends. Give them “special pride” that they are synchronized with Tier 1 and even live better than them. 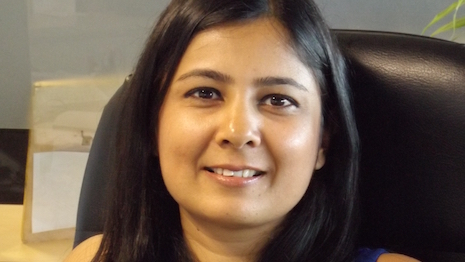 Amrita Banta is cofounder and managing director of Agility Research & Strategy, Singapore. Reach her at amrita@agility-research.com.