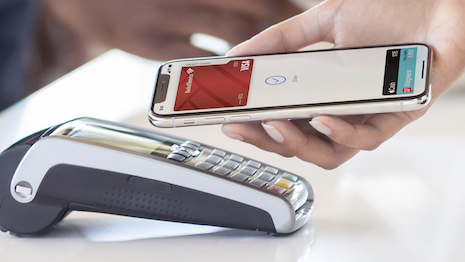 Use of mobile or contactless payments is on the rise as weary consumers avoid touching common surfaces, per new research from the National Retail Federation and Forrester.

The State of Retail Payments study found that more than two-thirds of retailers, 67 percent, now accept some form of no-touch payment. Nearly seven in 10 retailers report no-touch payments having increased since January.

“While mobile payments and contactless cards have accounted for a minority of payments in the past, the pandemic has clearly driven consumers to change their behavior and retailers to accelerate their adoption of the technology,” said Leon Buck, vice president for government relations, banking and financial services at NRF, in a statement. “Touchless payment methods are an important part of ensuring the health of retail workers and consumers but they do raise concerns about the security of payments and the fees charged to merchants to process transactions.”

Contactless payments
The State of Retail Payments study is conducted for NRF every other year by Forrester.

Ninety-four percent of retailers expect contactless payments to increase over the next 18 months. Almost 20 percent said no-touch payments accounted for more than half of their in-store transactions this year. 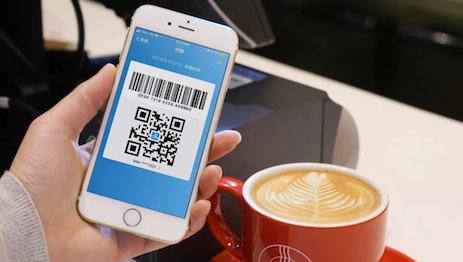 Nineteen percent of consumers used digital payments in-store for their first time this May, and the majority, 57 percent, believe they will continue using those payment methods after the pandemic.

While gaining momentum in recent years, the coronavirus will likely continue to accelerate the adoption of contactless payments in the luxury world.

Payments in the luxury business have drastically changed since the retail revolution, leading even the oldest houses to incorporate new ways of transactions.

A cashless society is becoming more conceivable, as digital solutions allow consumers’ smartphones to act as their wallets and financial services providers work on greater security for credit cards. One of the best-known disruptors in payments is Amazon, with its cashless bricks-and-mortar experiment, but many others have innovated and adapted to completely new ways of paying in the quest to make a frictionless experience for shoppers (see story).