Most US consumers remain unsettled over economy, visiting public spaces and returning to workplace amidst pandemic: IBM 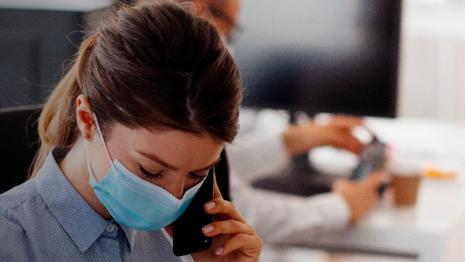 Most U.S. consumers remain concerned about returning to the workplace in the face of the ongoing pandemic, and expect further outbreaks of the COVID-19 coronavirus in the fall.

The findings, from an ongoing IBM Institute for Business Value (IBV) survey of U.S. consumers, have ramifications for retail, travel and hospitality, live events, sports, real estate and fine dining. The July research, in fact, showed a decrease in consumer optimism compared to June over the direction of the pandemic and the economy.

"The results from our ongoing survey underscore that consumer attitudes continue to shift as the effects of the virus fluctuate around the country, and consumers are preparing themselves for more permanent changes in behavior," said Jesus Mantas, senior managing partner at IBM Services, in a statement.

"These new behaviors define the new preferences that business leaders need to be able to deliver to meet consumers where they are,” he said. “This is no longer a question of competitive advantage, it's a matter of business survival."

Armonk, NY-based IBM surveyed more than 7,000 U.S. consumers this month to understand how COVID-19 has affected their perspectives on issues including the economy, opportunities for remote work and the return to the workplace, and how they will visit businesses and use transportation.

The IBV has surveyed more than 54,000 U.S. consumers since April and plans to continue polling the public on these topics and more in the months ahead.

Per IBM, other findings from the July survey include:

Most expect the pandemic and economic uncertainty to remain for some time
Even as parts of the country cautiously reopen, the percentage of U.S. consumers surveyed who are concerned about personal and public health continues to rise.

In July, 72 percent report that COVID-19 has made them more concerned about the safety and health of themselves and their families versus 68 percent in June.

The same percentage of respondents also said they worry about a second wave of COVID-19 later in 2020 (65 percent in June), and 66 percent expect to see more global pandemic-like events in the future (60 percent in June).

Only 13 percent of consumers surveyed believe that the economy will bounce back to where it was prior to COVID-19, a 3-percentage-point drop from the previous month.

Consumers are comfortable working remotely at least some of the time, and remain concerned about COVID-19 in the workplace
Once employees can return to their offices, 84 percent of respondents indicated that they would still like to work remotely at least occasionally, up 3 percent from June.

A growing majority also said they want employers to take clear and active measures to protect them from exposure to the virus when they return to the workplace, while providing flexibility to help ensure mental health and well-being.

Forty-one percent feel strongly that their employer should provide special accommodations for individuals to address childcare needs – up 6 percentage points since the previous month.

Twenty-seven percent of respondents surveyed have already visited restaurants and bars (compared to 21 percent in June).

However, there is a growing number of Americans who have not visited public places or large venues during COVID-19, and likely will not visit for the remainder of 2020.

Thirty-five percent do not plan on going to shopping centers or malls this year (compared to 27 percent in June).

Sixty-six percent said they would not visit an amusement park (up from 59 percent in June), and 64 percent will not attend a live sporting event this year (55 percent June).

Telemedicine is on the rise
Forty percent of consumers have already taken advantage of telemedicine services to seek remote care for less urgent issues in July (up 6 percentage points from June) – and 60 percent plan to keep using these services beyond the pandemic (50 percent in June), despite the fact that only 19 percent of those surveyed sought virtual treatment before.

Meanwhile, about one-third indicated they have visited medical offices amidst pandemic restrictions.

Transportation
Consistently across June and July, consumers said that they planned to reduce their use of – or forgo entirely – ridesharing and public transportation.

Fifty-three percent said they will use public transportation such as buses, subways or trains less or no longer at all (55 percent in June), and three out of ten said they would exclusively use their personal vehicle (26 percent in June).

Seventy percent of those without a vehicle said they would purchase one, up 6 percentage points from June.

Urban life
Despite the pandemic and recent social unrest, more than half of those surveyed indicated they want to stay in an urban area, the same percentage as polled in June.

But for some, living in urban areas has become less desirable.

Approximately one in five urban residents indicate they plan to move or will consider moving to non-urban areas as a result of COVID-19, similar to June.