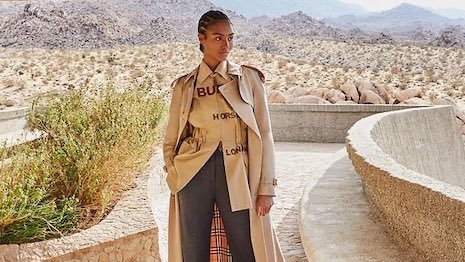 A new survey from online retailer Farfetch on the environmental benefits of buying pre-owned fashion found that 38 percent of respondents said more than half of their wardrobe was made up of pre-owned items.

When broken by country, the number rose to 51 percent for U.S. respondents, 42 percent for U.K. and only 21 percent for China. The survey was fielded in these three markets to 3,000 consumers – 1,000 in each – who have bought at least one pre-owned item in the last year.

“Existing data shows that luxury resale represents a $24 billion market that is growing four times faster than the primary luxury market, partly due to consumer interest in sustainable fashion, but data on resale’s environmental impact is limited,” said Thomas Berry, director of sustainable business at London-based Farfetch in a statement.

Old is new
On average, respondents in these markets bought eight pre-owned items in 2019.

Also, for 52 percent of pre-owned items, buyers were actively searching for pre-owned.

The Farfetch survey found that U.S. and U.K. pre-owned buyers purchase more clothing, while in China they buy more footwear and jewelry and watches.

Overall, survey respondents in China were more likely to buy more pre-owned items due to item rarity, while in the U.S. and the U.K. they are more driven by a better price.

Interestingly, 57 percent overall of pre-owned fashion purchases prevented consumers from buying something new, with the U.S. and U.K. leading at 65 percent compared to China’s 41 percent.

Replace and displace
Farfetch commissioned the study in partnership with QSA, ICARO and London Waste and Recycling Board to focus on two questions.

Next, what is the average environmental impact such as carbon, water and waste for fashion items that can be applied with the displacement rate to give an indication of the environmental savings when someone purchases a pre-owned item?

“With this research, we want to support our partners and more broadly the luxury industry, in helping to drive positive change,” said Giorgio Belloli, chief commercial and sustainability officer of Farfetch, in a statement.

“In addition to the core business initiatives we are launching within the sustainability space, we aim to become a source for data and tools in the circular space to drive this positive change,” he said. “This marks the first step into that direction.”

Farfetch has created a fashion footprint tool for consumers to understand how their pre-owned and conscious fashion choices can affect the environment.

“Farfetch has been selling a curated selection of pre-owned and vintage fashion online since 2010, and in 2019 launched two services offering customers the ability to sell or donate their pre-owned items,” Mr. Berry said.

“We wanted to better understand the environmental benefits of all these models as we continue to focus on projects to enable us and our partners to reduce environmental impacts,” he said.