The Association of National Advertisers has come out strongly against U.S. President Donald J. Trump’s executive order directing federal regulators to consider removing legal protections that currently shield social media platforms such as Twitter and Facebook from liability for statements that are posted on their platforms by outside parties.

A statement issued by Douglas J. Wood, the ANA’s general counsel who works at law firm Reed Smith lambasted the president for encroaching on free speech provisions enshrined in the U.S. constitution as well as Congressional law protecting Internet platforms from being treated as publishers.

“Specifically, he is indicating that if the platforms continue to censor speech that the platforms deem misleading (or place tags on a post that cast doubt on its accuracy or refer users to other information) they will face the wrath of the DOJ [Department of Justice], FTC [Federal Trade Commission], and God only knows whom else,” he said.

“As far as I am concerned, the weaponizing in President Trump’s order is an improper government intrusion on free speech.”

Mr. Trump’s May 28 order came two days after Twitter fact-checked his posts. A fact-checking notice was applied for the first time to tweets by the president on voter fraud by mail – a move that led Mr. Trump to accuse Twitter of “stifling FREE SPEECH” and a vow to take action (see story).

Washington-based ANA is the nation’s leading trade association for its largest advertisers. Comments from its top lawyer indicate the uneasiness with which it is viewing potential government intervention in the ability to communicate a point of view without fear or favor.

Here, in its entirety, is Mr. Woods’ letter:

As general counsel to the ANA, the Association of National Advertisers, President Trump’s Executive Order on Preventing Online Censorship and his call for reform under the Communications Decency Act troubles me.

I am, admittedly and unapologetically, a rabid advocate of the First Amendment. I believe it is the bedrock differentiating us from the rest of the world.

The First Amendment is brilliant in its simplicity. As to free speech, it provides, “Congress shall make no law … abridging the freedom of speech, or of the press; or the right of the people peaceably to assemble, and to petition the government for a redress of grievances.” It applies to Executive Orders.

Section 230(c)(1), the core provision of the Communications Decency Act, is short and unambiguous. It provides, "No provider or user of an interactive computer service shall be treated as the publisher or speaker of any information provided by another information content provider."

As to what that broad provision means, with respect to censorship by a platform, Section 230(c)(2) provides in pertinent part, "No provider or user of an interactive computer service shall be held liable on account of any action voluntarily taken in good faith to restrict access to or availability of material that the provider or user considers to be obscene, lewd, lascivious, filthy, excessively violent, harassing, or otherwise objectionable, whether or not such material is constitutionally protected."

The balance of Section 230 contains some findings and a few exceptions not relevant here. I urge you to read the entire section. It is an example of concise and understandable legislation we so rarely see from Congress.

President Trump’s Executive Order dictates that platforms drop censoring content on their sites. By doing so, he is compelling speech deemed unacceptable by those platforms to be free from virtually any constraints. In my view, such a government order violates the First Amendment. Moreover, what he demands is not what the CDA allows.

The First Amendment protects us from having the government suppress or compel our speech except in very limited circumstances. Moreover, the protections given political speech are broad and, at times, alarming. Indeed, if speech is political in nature, it's perfectly fine to lie. That's what politicians often do. But that does not mean publishers or media companies have to perpetuate lies if they deem that unacceptable. Hence the provision on liability in the CDA that no platform is civilly liable if it voluntarily censors content in good faith. That is because it believes the content is "obscene, lewd, lascivious, filthy, excessively violent, harassing, or otherwise objectionable, whether or not such material is constitutionally protected." (Emphasis added.)

If a platform is following the rules it adopted in good faith, it is free to censor. They are private enterprises, not the government. Their right to permit or deny access is no different than your right to deny or grant access to your home. It is your property. And subject to limited exceptions, your good faith decisions – right or wrong – control. It really is that simple despite the hyperbole pundits on both sides of the aisle throw at us in the media. So, if Facebook decides tomorrow that it wants to crack down on political lies – by Democrats or Republicans – it is free to do that. And properly so. Nor is it the government’s role to decide when those decisions are fair or discriminatory. That is not a standard of oversight authorized under the First Amendment. If it were, then free speech would change like the wind with every change in the Administration or shift in Congressional control.

With his Executive Order, President Trump is using his bully pulpit to issue threats. Specifically, he is indicating that if the platforms continue to censor speech that the platforms deem misleading (or place tags on a post that cast doubt on its accuracy or refer users to other information) they will face the wrath of the DOJ, FTC, and God only knows whom else. As far as I am concerned, the weaponizing in President Trump’s order is an improper government intrusion on free speech.

I may not like or agree with the policies of Twitter, Facebook and other social media platforms. I acknowledge the threats they pose to the common good if they act irresponsibly. But if I had to choose between them and the government as the arbiter of what is right and wrong to say, it is no contest. That is precisely what the Founding Fathers believed when they adopted the First Amendment. Despite its ugly side (and there is a very ugly side to it), it is far better than the tyranny they fought against in the Revolution.

So what should brands and the ANA do about it?

First and foremost, any response should reflect what are true dangers to the free speech of brands and other ANA members. So far, I have read little about such a threat, although an Op Ed from the well-respected Washington Legal Foundation raises a hypothetical that could impact pharmaceutical companies that urge consumers to post about their reactions to drugs.

I abhor the Executive Order. As the various federal agencies undertake the investigations President Trump has ordered and the platforms respond, we will get a better picture of where this exercise will lead and how it will impact brands. The ANA and brands can then react when it is appropriate. It is premature to do so now. 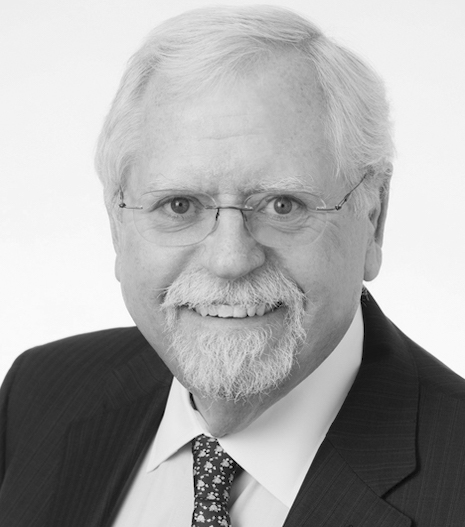 Douglas J. Wood is partner at Reed Smith and general counsel for the Association of National Advertisers