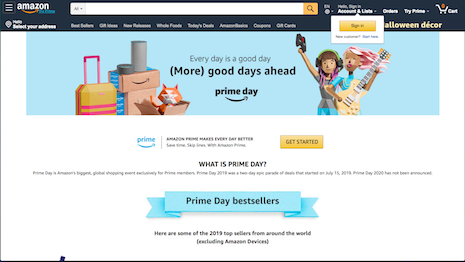 Shoppers spent $4.2 billion on Amazon's 2019 Prime Day event July 15-16, making it one of the leading retail events in the calendar. Image credit: Amazon

Amazon is the major leader and disruptor in ecommerce since coming to market. Its annual Amazon Prime Day created in 2015 was originally developed as a way to attract more Prime members and increase overall brand loyalty.

Now, Prime Day has grown to a major retail holiday, which has set Amazon apart from a pack of competitors it battles with every day.

In just five years’ time, Amazon has solidified its Prime Day holiday as a mammoth shopping event, and its impact is felt across every corner of the retail sector. It has caused a midsummer disruption in today’s retail ecosystem and companies are desperate to keep up, with many adopting similar strategies and implementing limited-time offers.

I used Ogury’s Mobile Journey data – which consists of first-party, opt-in and fully consented data – to look at the habits of 4,453,516 users across 10 sites and apps – Amazon, BestBuy, Costco, eBay, Jet, Kmart, Macy’s, Sam’s Club, Target and Walmart – for the 2019 Prime Day holiday.

This data proves Amazon has a unique ability to connect with its users to create authentic and personalized mobile-led experiences helping its massive ownership of the ecommerce market.

While many competitors are trailing behind Amazon in the market, they are making the best of their underdog stories.

The “Prime Day Effect” shows that competitors actually use Prime Day to capitalize on their own sales and attempt to increase brand loyalty.

In fact, Prime Day is seen as a massive opportunity for Amazon’s competitors to capitalize on midsummer sales with their own special discounts.

According to Adobe research, Prime Day 2018 boosted other large retailers’ sales by 54 percent. A study by global consulting firm AlixPartners found that 39 percent of shoppers look for bargains at retailers other than Amazon.

When considering the impact of Prime Day on competitors, we know that the event causes major disruption in the overall retail ecosystem.

But there is also speculation as to whether Prime Day is becoming a major holiday in and of itself or whether it is actually impacting major upcoming retail sales holidays such as the back-to-school season.

While this is still unknown, what we do know is that Amazon has clearly demonstrated an ability to create massive brand loyalty with its targeted customers and that is an important skill its competitors need to adapt.

Brands go to battle everyday and try to understand how they can own a targeted audience group. To do that, they first need to understand who their consumers are to authentically market themselves.

As many brands know, to be profitable they must have a loyal repeat customer base. At the very base of this is gathering consent from your customers.

When looking at how this concept of increasing brand loyalty impacts Prime Day, retailers must understand what the Prime Day shopping journey looks like for each individual consumer.

To gain individual consumer loyalty, brands should first give consumers a fair choice in the messages they receive and the data they choose to share. Consumers are becoming increasingly aware that their data holds a lot of power.

Often, retailers are not able to leverage personalized marketing strategies during the heavily populated Prime Day because they do not fully understand their individual consumers.

On average in 2019, Amazon held 25 percent active mobile users over the course of the two-day holiday on just its app.

The same goes for eBay. The company created an aggressive campaign to compete with Amazon in 2019, but saw an average of only 18 percent active mobile user base.

This data points to the fact that Amazon continues to have a major impact on the market of online app shopping since Prime Day’s inception creating new and innovative ways to connect with its consumers. It has been able to fully grasp who each of its individual customers are, only increasing its loyal user base.

But the question remains whether competitors' ability to top Amazon is that difficult.

While Amazon continues to dominate the market on its own branded day, its competitors are still managing to ride Amazon’s holiday wave to try to increase their own sales site and app usage.

PRIME DAY can still create major opportunities for the likes of Walmart and eBay, if these brands adapt to developing trusted relationships with individual consumers.

To create those relationships, it all starts with gathering consented data and giving the consumer a choice to develop successful personalized marketing campaigns. 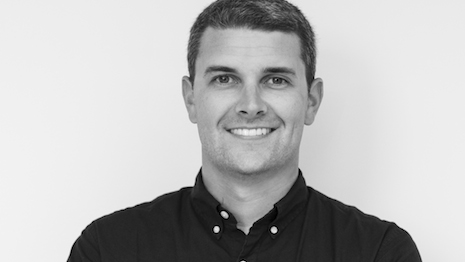 Kevin Fitzgerald is U.S. head of insights at Ogury

Kevin Fitzgerald is U.S. head of insights at Ogury, New York. Reach him at kevin@ogury.co.