Once thought of as the stepchild of intellectual property, design patents have come into their own, becoming popular among both the fashion and luxury goods businesses.

In the well-known Apple v. Samsung lawsuit, Apple was awarded a half-billion dollars in damages for infringement of three design patents, causing many to take a second look at this option.

Design patents have both advantages and disadvantages over copyright protection.

Where appropriate, they can be very powerful tools to protect a design.

Understanding the fundamentals of design patent law, and the relative advantages and disadvantages over copyright protection, strengthens the ability of fashion and luxury goods companies to protect their designs.

So here are eight basic things you need to know:

Design patents are exclusively regulated by the Patent Act enacted by Congress. They protect the “ornamental” aspects of new designs for “articles of manufacture.”

Ornamental is a legal term that means the aesthetic appearance of a product.

Since design patents protect the “ornamental” aspects of a design, design protection is limited to those parts of the product that are visible to the user of the product in ordinary use.

In one case, the Court of Appeals for the Federal Circuit – which hears nationwide appeals in patent cases – held that the inside of a design of a shoe was part of the protectable design, since the user sees it when putting it on. Thus, the inside of the shoe accused of infringement needed to be taken into account when deciding whether it infringed.

All patents, including design patents, are a grant of a limited government monopoly to the applicant.

Patent rights only begin when the Patent Office issues a patent based upon an application. This is in contrast to copyrights and trademark rights, which commence without any government grant, although they can and frequently are registered with the government.

So, to obtain a design patent, an application has to be prepared, filed and response made to any issues raised by the Patent Office, and then issued as a patent.

Patent rights, including design patent rights, initially are vested by law in one or more “inventors” – the person or persons who conceived of the new design.

For fashion companies, this typically means the designer or designers who created the design.

Most patents are applied for by a company. So how do they get the patent rights? By assignment.

The inventor can assign his or her rights to apply for a patent to another, including a company, who can then apply for the patent as an assignee.

Companies involved in creating designs are well advised to have solid employment agreements in place with their designers. These should provide that (a) all intellectual property rights in any design created by the designer during employment are assigned to the company and (b) the designer will cooperate in applying for any intellectual property from the government, such as signing forms required for an application.

There are four requirements for design patent protection:

Ornamental: The design has to be aesthetically pleasing. Most designs that are beyond the simple qualify.

Novel: The design cannot have been known before in the public. If the design was previously known, then it is not subject to protection, as the design is not “novel.”

This introduces the concept of what is known as “prior art,” meaning prior known designs. These could be prior design patents, either in the U.S. or abroad, or designs marketed or published to the public.

Non-obvious: Sometimes, a design is not exactly the same as what was before, but it is obvious to a designer that a prior design can be extended or altered.

For example, two prior known designs could be combined to form a new design. If that combination is an obvious one, then the new design will not be eligible.

Nonfunctional: If the design is dictated primarily by functional, not ornamental reasons, then the design will be considered “functional” and not eligible for design patent protection. But this limitation is not as broad as it seems.

The Patent Act allows design patents for “articles of manufacture,” and that can and usually includes many useful articles that have functional purposes.

To illustrate, suppose a designer creates a new handbag design. Certainly, parts of the design are included to make the object function as a handbag – a handle, a bag for holding objects, a closure. These parts would be included in almost any handbag design. This alone would not make the design functional.

If the designer used certain shapes, proportions and decorations to make the bag look aesthetically pleasing, then those aspects would qualify as ornamental, and the design could qualify for design patent protection.

But if the design elements are added for the purpose of making the handbag function better as a handbag – a superior closure or more easily grasped handle, for example – then the design would be functional.

The Patent Act grants a limited monopoly to owners of patents.

What kind of monopoly? Anyone who during the patent term makes, uses, offers to sell, sells or imports into the United States any article which incorporates the patented design is an infringer. Patent rights cover these activities. The patent owner is said to have the right to exclude others who do these acts without a license.

These are only negative rights – the right to exclude others from exploiting the patented design.

A patent is not a positive right to make or sell the patented design. Other federal or state laws might well restrict or regulate sales of the design. For example, a design that is unsafe could be banned by federal or state law, even though it is patented.

Design patents issued since 2015 last for 15 years from issuance by the Patent Office.

In some industries, this time span can be considerable. By the time 15 years have elapsed, the market may have moved on to newer designs.

In other industries, where designs can be popular for much longer, a design patent can still give a company a significant window of time when it enjoys exclusivity. During that time, the company can also try to build up other rights, such as trade dress rights.

As discussed above, patents are required to be “novel,” which means that the design is new as compared to the “prior art.”

Prior art is not concerned with who created it, but what was known to the public. A design that was created by someone else but kept secret is not “prior art” and does not invalidate a patent.

Conversely, “prior art” can and does include designs created by the same designers and disclosed to the public.

By law, if a design was patented, described in a printed publication, in public use, on sale, or otherwise available to the public, it counts as prior art and that can invalidate a current patent application. This is so even if the same company made the disclosure or put the item on sale.

However, U.S. law provides a one-year window for disclosures made by the inventor or his assignee.

So, for example, if a company starts selling a product with a design, it still has one year to file a patent application on that design. When the year is over, the act of putting it on sale would invalidate any patent application.

The law in many countries is stricter – any disclosure at all, even one day, before the patent is filed for, invalidates the patent.

The operative date is the date the patent application is filed. Once that happens, sales and other disclosures after will not affect the patent’s validity.

The upshot of this is that companies that wish to seek patent protection need to be diligent to file applications early, before the design is released to the public, such as through catalogs, advertising, trade and fashion shows, and other offerings.

A design patent has a single “claim,” meaning that the patent claims ownership in a design for the object. The claim is expressed by a series of drawings – drawings that show the design from each side: top, bottom and four sides.

When it comes to patent claims, paradoxically, less is more and more is less.

The more details are shown in a design claim, the narrower the patent will be. This is because for someone to infringe, the entity must include all the elements in the patent claim.

Thus, the fewer design elements in a design, the broader the patent. Unnecessary details, such as screws, trademarks and other incidental features, should generally not be shown, because they only narrow the patent, for no purpose.

A design patent may also cover only a portion of the design of an item. This can be done either by omitting the other parts of the article from the drawing, or, more commonly, by showing the unclaimed parts in dotted lines.

The dotted line portion is not part of the claim but is merely included to show the relative position of the claimed portion.

For example, a 2013 design patent for a Valentino handbag clasp contains this drawing: 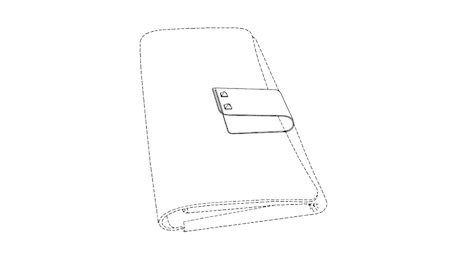 Drawing for a 2013 design patent for a Valentino handbag clasp

Any handbag design, even if the body had a completely different shape, but that had the same clasp, would infringe the patent.

So, what are the differences between design patent and copyright protection?

Design patents cover any “article of manufacture.” This includes many useful objects – handbags and other accessories, clothing items, shoes, watches, and many others. The fact that the article is useful does not preclude design patent protection.

Copyright, on the other hand, excludes designs for “useful articles” – except to the extent that artistic design can be separated from the overall design, for example, a decorative piece of hardware on a handbag.

Design patents last 15 years from issue. Copyrights have a much longer life – life of the author plus 70 years, or, for works for hire, 95 years from publication.

Copyright can be generally registered for as little as $500, including attorney and government fees.

Design patents are generally more costly to apply for, including government filing fees, fees for a draftsperson to create the drawings, and attorney fees.

Still, when compared to their potential value, design patents can be very valuable and worth the investment.

Copyrights are infringed when one party copies another’s design.

If the accused can show that he created the design independently, then there is no infringement.

Although, sometimes, copyright owners show copying directly, usually they do so indirectly, by showing that the accused had access to the design – for example, it was publicly available – and that it is substantially similar to the copyrighted design.

In most cases involving fashion items, this is not a major issue. The design is usually widely marketed, so others have access to the design, and if the designs are similar, copying can be shown.

Design patents, on the other hand, have no defense of independent creation.

Even if the accused infringer never saw nor heard of the patented design and came up with it all on his or her own, it will still infringe, since design patents protect against any use, sale or manufacture of items with the design.

Design patents, despite their limitations, can and have been used to protect some well-known designs.

A company that understands its legal can basis is better equipped to determine for what designs it should employ this protection.

Please click here for the previous two articles in the series:

Must-know basics of trademark law for the luxury business 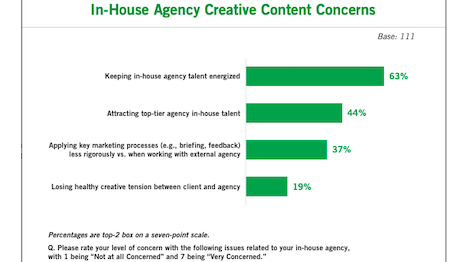 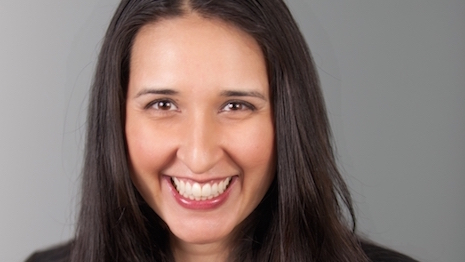 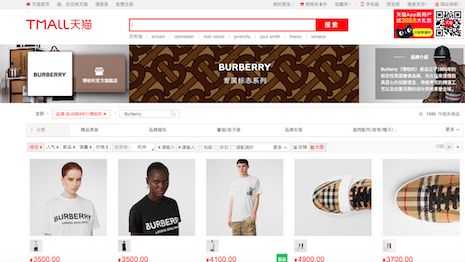 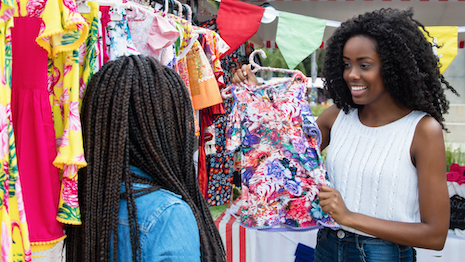 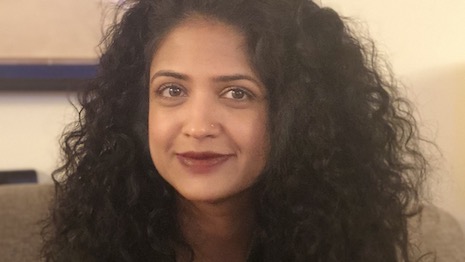 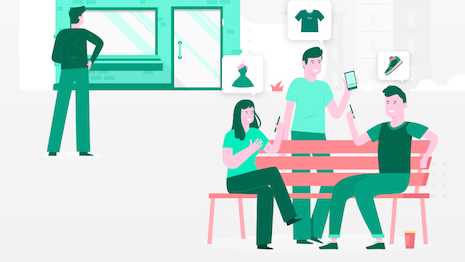