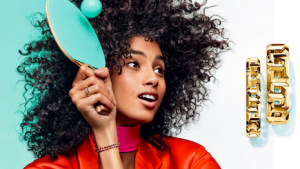 Tiffany & Co. is still a work in progress, but its leadership is confident that it has a strategic plan in place to lead it to prosper over the long term.

Tiffany’s first-quarter 2019 results disappointed, with worldwide sales declining 3 percent to $1 billion and comparable sales off 5 percent. Net earnings disappointed too, down 12 percent from the previous year.

Yet while CEO Alessandro Bogliolo, chief financial officer Mark Erceg, vice president of investor relations Mark Aaron and treasurer Jason Wong announced the sobering news in the earnings conference call, their enthusiasm and confidence about the path ahead was clearly evident as well. This team is on fire to make its dreams for the Tiffany brand real.

Restoring the sparkle
Citing the negative effects on first-quarter performance to the strong dollar, reduced tourist traffic and the impact of higher tariffs for Chinese imports, Mr. Bogliolo is determined to lead the company forward based upon the strategic plan put into place in the middle of 2018.

“We remain focused on the strategic priorities which are within our control,” the CEO said in the earnings call.

Mr. Bogliolo added that his team is “aggressively pursuing numerous ways we can enhance the excitement and relevance of this amazing brand. We strongly believe that effectively executing our strategic priorities, first and foremost, will be what takes this company to new heights of success.”

In the call, Mr. Bogliolo gave examples of accomplishments toward the company’s long-term strategic plan, but he did not lay it out specifically.

However, Messrs. Erceg and Aaron presented details of the strategic plan ahead of the earnings call in an exclusive interview with Cowen’s Oliver Chen, managing director of retailing/department stores and luxury.

Thanks to this behind-the-scenes view, Cowen gives the company an outperform rating.

Cowen declares, “We continue to like TIF’s long-term growth opportunities and management’s keen focus on driving innovation and newness across collections.”

And Cowen believes the results of these innovations will begin to show by the second half of 2019, with an estimated 2.7 percent uptick in the third quarter and 5 percent increase in the fourth quarter modeled in Cowen’s system. 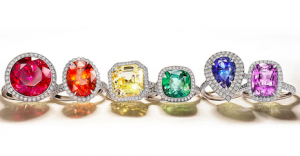 Here are the six strategic priorities described by Messrs. Erceg and Aaron in their conversation with Cowen’s Mr. Chen.

Of note, during the earning call, it was announced that Mr. Aaron will be leaving the company at the end of July, after which treasurer Mr. Wong will be taking over the investor relations responsibilities.

Building Tiffany’s brand relevance
Tiffany enjoys prestige as a luxury brand, but it has recently lost some of its luster.

Worse, it trails Cartier, which is valued at $7.6 billion. And the kicker, between 2007 and 2010, both brands’ value tracked level, but in 2011 Cartier started to pull away and it continues to put distance between itself and Tiffany.

Further, Tiffany is a no show on Forbes World’s Most Valuable Brand list in 2019, but Cartier ranks No. 64.

And Tiffany trails Cartier in the Kadence International survey among nearly 6,000 consumers in 13 markets as well, where Cartier tops the list of the world’s most luxurious brands. Tiffany comes in sixth.

In the pantheon of global luxury brands Tiffany does not shine as bright as it once did.

In the discussion with Cowen’ Mr. Chen, Mr. Aaron shared how the company has increased marketing spending to evolve its messaging. That is showing results in social media buzz, but not yet in increased sales.

Both Mr. Aaron and Mr. Erceg believe the next two priorities in the company’s strategic plan will deliver those extra sales.

Bring newness to the product range
For too long Tiffany has languished in new products with a distinctive edge.

Mr. Erceg describes its past new product introductions as “derivatives of similar things” in the product line, which tended to “cannibalize” sales, rather than add incremental sales. He points to the new Paper Flowers and Love Bugs collections as being meaningfully different from other product lines in the range.

To bring more new product lines to market, the company has launched a “product innovation funnel.”

Thanks to the more disciplined approach to new product development with the design and merchandising teams working collaboratively, Mr. Erceg said the company has “good visibility” for new products through 2021.

“We want to ensure that our product innovation funnel is robust, and that we’re driving distinctive newness across all the categories in which we compete,” he told Cowen’s Mr. Chen.

But in the most recent quarter, a 4 percent increase in fashionable jewelry collection sales on a constant-exchange rate basis -- paper flowers and love bugs -- were offset by a 2 percent drop in engagement and 11 percent in designer jewelry.

New shopping experiences online and in-store
Tiffany’s omnichannel strategies were a major focus on the discussion. These strategies will enhance and support shoppers wherever and however they want to engage with the brand.

When Mr. Chen mentioned that Cowen expects global online luxury sales to reach more than 20 percent penetration in the next few years, Mr. Erceg said he does not believe that is a level that Tiffany is likely to achieve anytime soon.

“We finished 2018 with 7 percent of our global revenue coming online,” he said. “But when you are buying a $20,000 bracelet, people really want to see it in person.”

Therefore, he expects Tiffany’s ecommerce sales to top out at 10 percent to 15 percent.

“The real power [of the Internet] is to market to the customer and to drive them into the stores,” Mr. Aaron said. “The vast majority of customers coming into our stores have already looked online, but the average transaction on our Web site is much lower than in the store.”

Nonetheless, the company has recently revamped its 13 global Web sites and opened up to take online orders for engagement rings. In addition, it is launching an ecommerce-enabled Web site in China, which represented 17 percent of global sales in 2018.

China figures prominently in Tiffany’s plans, both to capture Chinese tourist spending when they visit the United States, as well as when they are shopping at home, with 34 Tiffany stores and the new ecommerce Web site to support them.

“We just need to win with the Chinese wherever it is that they choose to shop—whether that’s in store or online, whether it’s when traveling on holiday, whether its domestic," Mr. Erceg said."We just need to make sure we cater to that.”

When those Chinese tourists land on U.S. shores, a remodeled Tiffany flagship in New York City, set to open in 2021, will be waiting for them.

“We like to think that flagship renovation is [everything thing we are doing] but on steroids," he said. "We’re going to take the entirety of that iconic building and make it all work for us and the consumer.”

The company is placing big bets on the renovated New York store.

“We are thinking about it in a totally transformative way," Mr. Erceg said. "We want to make it one of the top three things every consumer, or every tourist, has to see in the city. It will be the beacon for the brand and the flagship among flagships across our entire network.”

“Right now, much of that building was designed as office space and wasn’t customer facing," Mr. Erceg said. "Now we’re going to make sure that every square inch of it is either for direct selling, or for clienteling with high-end consumers.”

“We want to make it much more productive," he said. "We need to make sure that we can move much more sales through that store and make it a lot easier for our sales professionals to provide a seamless shopping experience.”

The aim is to make the New York flagship Tiffany’s most experiential place to shop, with its Blue Box Cafe and gift and home furnishings departments, and with selling space in every floor.

The New York flagship will present a new face of Tiffany customer service, which will set the model for the rest of the company’s 320 other stores.

Focus on key markets with cost discipline
Improving the company’s operating margin is another priority in the strategic plan.

“Our operating margin peaked back in 2014,” Mr. Erceg said. “This past year we finished at around 18 percent. We see no reason that structurally we can’t move our way back to the mid-20s at some point.”

To do that, the company will focus on top-line growth in key markets, such as China, where opportunities are high.

“This isn’t a business that can cost-cut its way to glory,” Mr. Erceg said.

“Cost-cutting needs to be there, but it needs to be a mechanism and a means to provide additional dollars for investment and top-line growth.”

A new supply-chain order and inventory management system is giving management better control of its high fixed costs, as well as the ability to better tailor the product mix to specific markets, such as China where silver is in less demand than gold and diamonds.

Create an agile, aligned organization
Mr. Erceg gives much credit to CEO Mr. Bogliolo for reigniting passion throughout the organization for the brand and the company.

“Since we had been underperforming for five-six years, everyone was walking around a little timid with their heads down,” Mr. Erceg said.

“Alessandro has come into the company with great energy and, in a very short time, infused a winning culture and winning ethos across the brand,” he said.

Mr. Bogliolo has put into place much needed discipline to execute against defined goals and objectives. At the same time, he has given permission for staff to take risks and fail if they must.

“He is forward-thinking, contemplative with a positive attitude for strategic risk taking," Mr. Erceg said. "If you try something and it fails, it is met with the right spirit. If something doesn’t work out, we just move on.

“It is a very different company than the one I joined two-and-a-half years ago,” he said.

“Of all the six factors we have spoken of, I think this is the biggest one that drives an inflection point and a real difference in how we operate throughout this dynamic organization.” 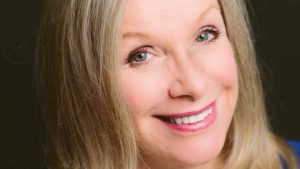 Why luxury marketers should double-down on Monaco 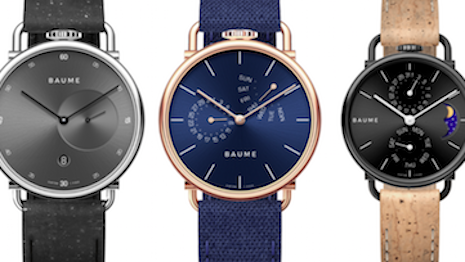 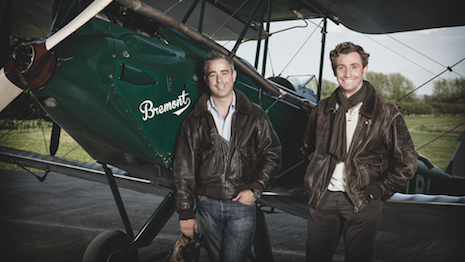 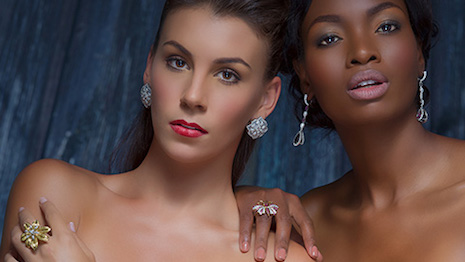 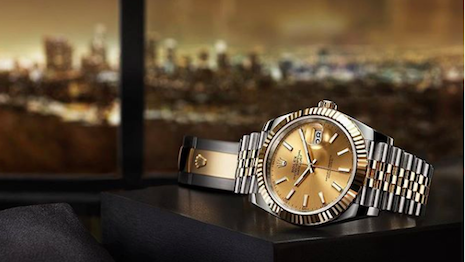