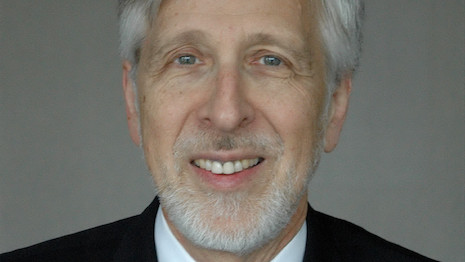 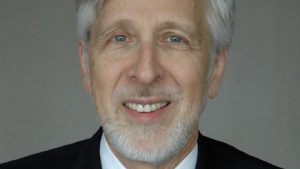 Although initially many luxury goods companies were reluctant to sell on the Internet, many have now expanded significantly into that arena.

As the Internet matures, the laws regulating ecommerce and mobile commerce have matured with it.

One such law is the Consumer Review Fairness Act of 2016 (CRFA), which makes illegal use of contractual provisions that restrict customers from communicating honest reviews of a business and its goods and services.

Not only does the CRFA declare such clauses void and, hence, unenforceable, they are also construed as a deceptive trade practice – and the Federal Trade Commission (FTC) is empowered to investigate and assess penalties for its violation.

The FTC’s comments made clear that it is taking this enforcement seriously:

“Many online shoppers use customer reviews and ratings to get information, but these companies used gag clauses in their form contracts to stop customers from posting honest but negative feedback,” said Andrew Smith, director of the FTC’s Bureau of Consumer Protection. “These gag clauses are illegal, and companies that know it but use them anyway will be subject to civil penalties.”

The FTC’s actions should spur companies marketing on the Internet to review their selling contracts – including terms that are typically contained as part of the sales transaction – to ensure that they are in compliance with the CRFA.

What is the CRFA?

The CRFA, codified at 15 U.S.C. § 45b, was enacted in 2016 because Congress was concerned that Internet vendors were incorporating terms into their contracts that restricted customers from writing negative reviews about Internet merchants, their goods and the service received.

Customer reviews are now viewed as an important aspect of Internet marketing, and Congress did not want merchants using contracts and terms of sales to squelch negative reviews, thereby distorting information available to customers in general.

The key provision of the CRFA voids three kinds of terms:

Each of these kinds of terms had been used by Internet merchants to squelch critical reviews.

The CRFA now declares them “void,” meaning that they cannot be enforced in any United States court.

Although generally the law allows parties to contract to agree to whatever terms they can negotiate, contracts or terms that violate public policy are legally void and courts will not enforce them. This part of the CRFA effectively declared such terms as void against public policy.

By its terms, the CRFA applies only to “form contracts,” meaning contracts (1) with standardized terms; (2) used in the course of selling or leasing goods or services, and (3) without meaningful opportunity to negotiate the terms. This would include standard “terms of use” or “terms of sale” which are usually appended to many Internet transactions.

The CRFA does not, however, included individually negotiated contracts. And it explicitly excludes employer-employee contracts and contracts with independent contractors. These often do contain non-disparagement clauses, which are themselves controversial. But they are outside the CRFA.

The CRFA lists a host of exclusions meant to cabin in its reach. It does not preclude claims for libel and defamation, nor a party’s right to remove offending content – for example, obscene or racist statements. It also excludes from its coverage terms that would prohibit disclosure or submission of trade secrets, private personnel or medical information, unlawful content or computer viruses.

The CRFA does not only declare certain sales terms void – unscrupulous merchants could then include the terms anyway and then seek to intimidate unknowledgeable customers. So it includes two enforcement provisions: (1) the FTC is empowered to enforce its provisions the same way it can enforce the Federal Trade Commission Act’s ban against unfair or deceptive trade practices and (2) the attorneys general of each state are empowered to bring a case in federal court to enforce the CRFA where violations are harming the residents of that state.

Thus far, the FTC has taken the lead in enforcement.

Where the FTC believes someone is violating the law, it can issue a complaint and require the party to appear at an administrative hearing. The end result can be an order to cease and desist the illegal practice.

Many companies receiving such complaints end up agreeing to such an order without a hearing. Later violations of the order can result in civil penalties and injunctive relief before a federal court.

Awareness and review: What Internet merchants need to do

Customer reviews are a part of Internet commerce and, in fact, can be a good barometer of how well the market is receiving the company’s goods and services.

But whatever one thinks of customer reviews from a business perspective, the law bars attempts to squelch negative reviews through sales terms.

AN FTC ENFORCEMENT action can be both a major headache to a company as well as a major public relations embarrassment. So, it is something that companies should try hard to avoid.

A periodic review of a company’s sales terms – however they are presented to the customer – is a good practice. That review should include review for compliance with the CRFA.