China’s Yanxuan, in challenge to luxury brands, implies quality is not expensive 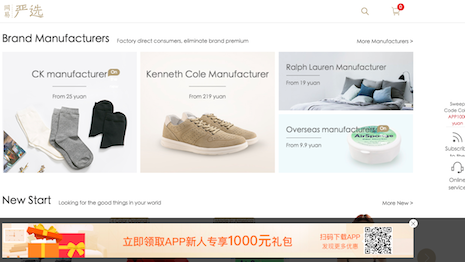 Services such as NetEase's Yanxuan seek to remove the brand premium by sourcing products from the same Chinese manufacturers as luxury labels. Image credit: NetEase

If you were hopeful that China would rein in the counterfeiting of luxury goods, think again.

On the one side were products made for Yanxuan, while those on the other side were made for the­­ brands themselves.

This is not surprising – another Chinese Web site selling counterfeit goods.

Fake noose
Equally not surprisingly, the platform claims that its products are of the same quality as their luxury counterparts, but at much lower prices – usually one-tenth the cost of the original, authentic product.

This is akin to Jack Ma’s previous comment that counterfeit goods sold by Alibaba are just as good, if not better, than the originals.

Part of the Chinese counterfeiting phenomena is how several Chinese entrepreneurs see their own actions.

Rather than be incensed by the creation a fake product, they instead see copycats as a form of flattery, a tribute of sorts.

The growth of the counterfeiting industry in China is likely unparalleled elsewhere and their product pricing and brand positioning advanced, as their businesses received more recognition from Chinese consumers.

Buy contrast
The Chinese consumer is increasingly becoming more powerful than others and sites such as Yanxuan are able to satiate their customers’ palates quickly.

Interestingly, since Yanxuan is providing consumers with a side-by-side comparison of the real versus inspired goods, this is likely what will hurt brands the most.

Luxury craftsmanship is second to none, its heritage unparalleled, and its manufacturing process careful, sometimes even painstaking.

By matching items side by side, Yanxuan is doing the unthinkable – marginalizing all that makes a luxury product what it is. It is downgrading, even disregarding all that brands try desperately to retain – high quality at an equally high price point.

Yanxuan attacks that principle to the core. It says, “Quality is not that expensive. Behind every successful brand there is an unknown manufacturer.”

Essentially, Yanxuan is attempting to bootleg consumer beliefs and trust. This is not only buyer beware, but manufacturer beware as well.

FOR LUXURY BRANDS that manufacture some or all of their products in China, it is important to aggressively negotiate your manufacturing agreements to ensure that the manufacturer has no intellectual property rights in any of the products that it is producing.

Importantly, the brands should confirm, in writing, that the manufacturer is not consulting on design or aesthetics of any kind to avoid any intellectual property rights passing to the manufacturer. 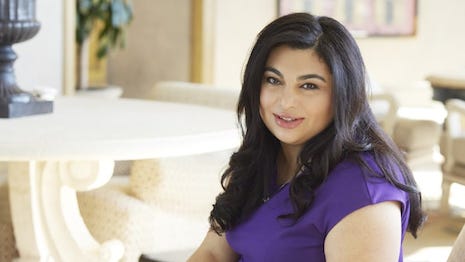 Rania Sedhom is managing partner of the Sedhom Law Group

Rania Sedhom is managing partner of the Sedhom Law Group, New York. Reach her at rsedhom@bespokelawfirm.com.