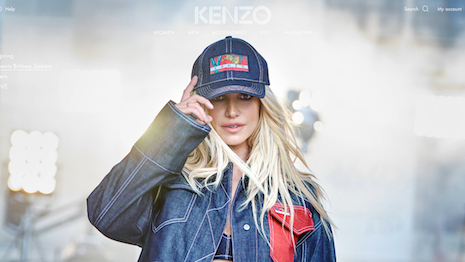 On March 20, 2018 Paris luxury house Kenzo, owned by LVMH, introduced a new line of jeans, shorts and overalls named the Kenzo Britney Spears line. This line bears a pocket-tab with the word KENZO.

And shortly thereafter, earlier this month, Kenzo was sued in the San Francisco-based federal court for the Northern District of California for trademark infringement by the famous jeans maker Levi Strauss.

Levi Strauss’ core claim is that it owns trademark rights in a pocket-tab design, and Kenzo is infringing those rights by selling apparel items that have a very similar tab.

Levi Strauss, in fact, registered the pocket-tab mark in the 1960s, and the trademark in the registration shows a tab next the back pocket on the pants. 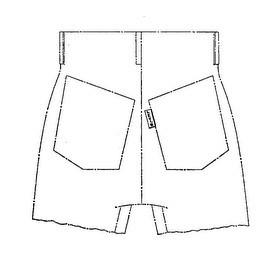 Levi Strauss heavily litigated this pocket-tab trademark in the 1980s and ‘90s. It had significant success in cases involving tabs on the back pockets of pants, but had a more difficult time asserting it in cases where similar tabs were used on other locations, such as on shirt pockets.

In the pocket?
The complaint in Levi Strauss’ latest case against Kenzo shows several examples of Kenzo pants products that do have a tab very similar to the Levi Strauss mark. So is Levi Strauss’ case airtight?

As I have previously written, trademark rights differ significantly from patents and copyrights.

Trademarks protect symbols of a company’s reputation and goodwill. They are meant to convey who designed and manufactured the product and who is responsible for it.

One important consequence is that not every use of a trademark design infringes. Only uses that create a “likelihood of confusion” are infringements. Non-confusing uses are not.

There are two important nuances to this rule.

First, “confusion” is not limited at the point of sale by the purchasing consumer. Courts also recognize what is termed “post-sale confusion,” meaning that someone seeing the item being worn or carried and confuses the source of the product.

Thus, even if Kenzo’s customers are not confused, Levi Strauss could still prevail if it showed that people will be confused when they see the pocket-tab when the Kenzo apparel items are being worn.

Second, confusion is judged on the totality of the circumstances – not just the isolated use of the mark at issue (here the pocket-tab). Use of other trademarks, particularly house marks, sometimes is held to dispel confusion.

On the mark
For example, in one reported case clothing retailer Abercrombie & Fitch avoided a charge of trademark infringement by a clothing company named Moose Creek, which claimed a moose design as its trademark.

Abercrombie & Fitch made prominent use of its house mark next to its own moose design, and that the court found was sufficient to dispel any confusion.

The “house mark” defense is sensitive to the facts of the case.

Whether the “house mark” defense is successful depends on several factors, including how well known the house mark is, how distinct the mark asserted by the plaintiff is, and how prominently and consistently the house mark is used.

So, ultimately, Levi Strauss’ claim will depend on whether a court is convinced that consumers, seeing the Kenzo jeans either in the store or being worn have some association with Levi Strauss.

Answering that question will likely require a consumer survey to gauge consumer reaction to Kenzo’s products and their use of the pocket-tab.

Till that happens, one can make an educated guess.

THE FOLLOWING are pictures of Kenzo jeans – taken from Levi Strauss’ complaint – about which Levi Strauss is complaining.

Decide for yourself whether a consumer seeing these sold or worn would think they are connected to Levi Strauss, or are simply Kenzo products. 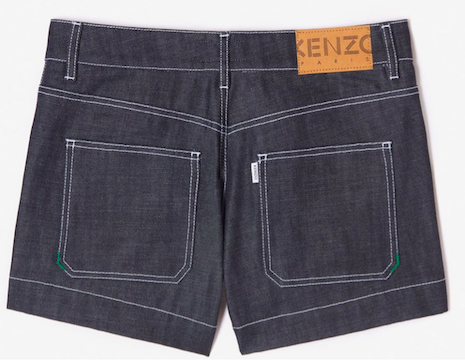 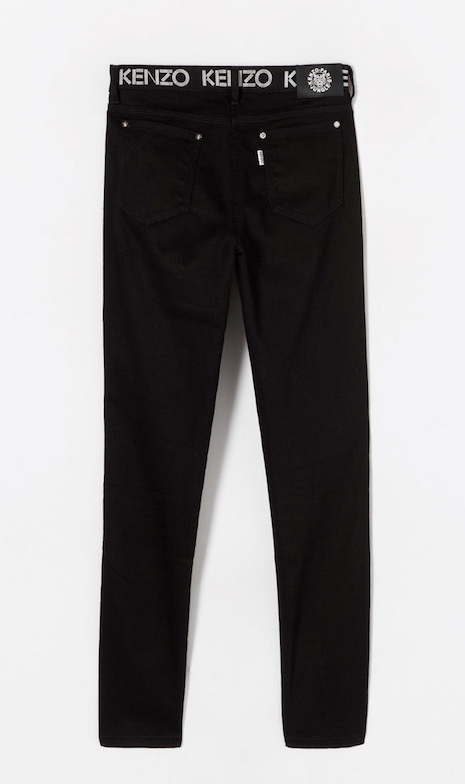 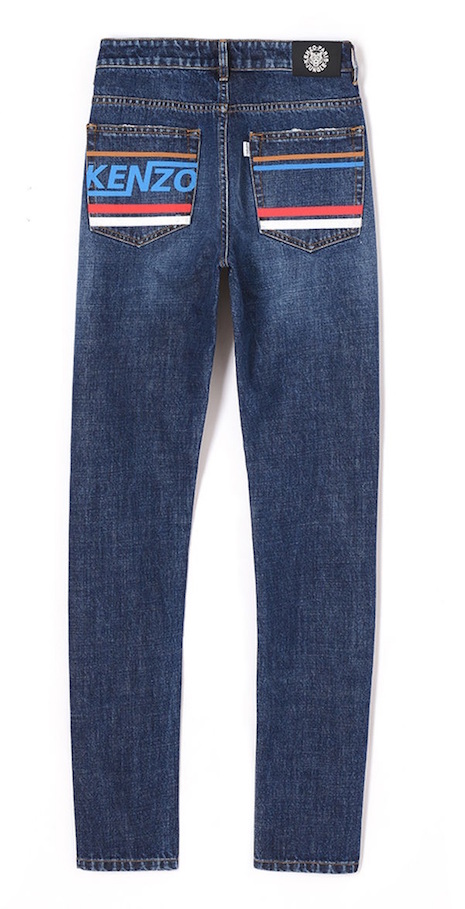 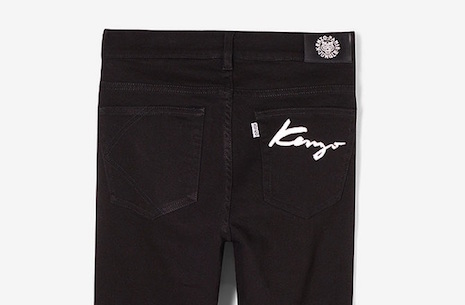