A recent lawsuit brought by Steve Madden against Cult Gaia concerning copying of a handbag design highlights the requirements and limits of different forms of intellectual property.

While neither company is in the luxury goods space, the legal issues at the base of the suit are the same, and important for luxury goods companies to consider. 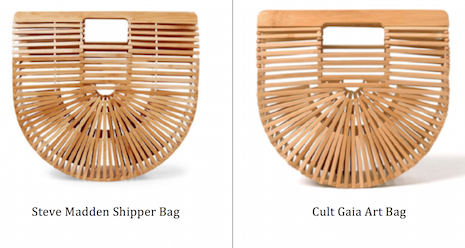 Steve Madden versus Cult Gaia: Not in the bag

Deciding to take matters in its own hands, Steve Madden filed an action in federal court, seeking a declaration that Cult Gaia had no rights to infringe.

Meanwhile, the United States Patent and Trademark Office denied Cult Gaia’s application to register the design as the company’s “trade dress.” That rejection was in October. Cult Gaia has six months to respond.

A major argument raised by Steve Madden is that the Ark Bag itself closely resembles vintage Japanese bag designs that have been marketed for years. 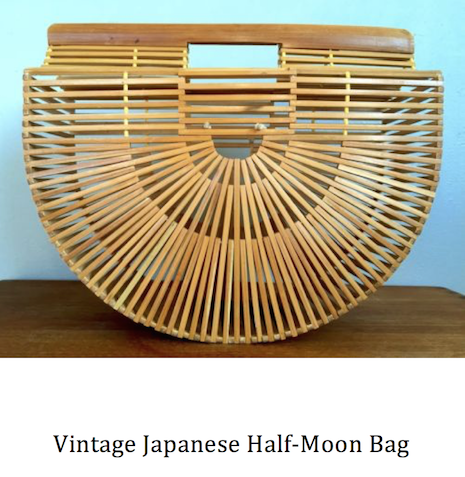 How then can Cult Gaia complain of copying when its own work is alleged to be a copy? That seemingly simple moral argument, however, is not necessarily consistent with the law.

Legal landscape
An important starting point in cases such as these is that under United States law copying is not by itself a bad thing.

Indeed, the U.S. Supreme Court has stated that copying is a good thing – promoting competition, increased consumer choice and lower prices. Only where there is an intellectual property right protecting an item can there be a legal claim against the copyist.

So what rights could protect the design of an item such as a handbag?

There are three possibilities: design patents, copyright and trade dress. Each has a different purpose and different rules.

Design patents and copyright
Design patents protect the invention of ornamental designs – that which makes an item look attractive.

The design has to be novel – something totally new to the art of design – and nonobvious, meaning not an obvious extension of what was known before. And design patents have to be obtained from the Patent Office.

Where the same or a very similar design existed and was known before, that is referred to as “prior art.” Identifying prior art to the Patent Office can invalidate a patent.

Steve Madden’s citation to prior Japanese designs would, in a design patent case, be a prior art argument that could invalidate the patent.

Copyright protects originality – someone creating an artistic work by himself or herself. It need not be novel – the same design might have been created by someone else, but if the person claiming copyright independently created the design, then it would be protected by copyright.

So the fact that there were very similar Japanese designs might not necessarily invalidate a copyright claim. But that a nearly identical design pre-existed Cult Gaia’s design could be strong evidence that Cult Gaia did not originate the design.

Both patents and copyright protect creativity. In exchange for a limited monopoly, the government encourages creativity and enriches the level of public knowledge.

Both rights are vested in those who created the design itself. Trade dress rights are quite different in this respect.

Trade dress rights
Trade dress – this is the right that Cult Gaia has pressed. Trade dress is a form of trademark – the design itself functions to convey to the consuming public the source of the product.

If a company can show trade dress rights, then the Trademark Act protects it from use by a competing company.

Unlike patents and copyrights, trademarks including trade dress are not directed to protecting creativity. Rather they are meant to protect the right of one company to identify products as its own, and protect consumers from confusion as to who makes the item.

Trademark rights are obtained not through creation or invention, but through use of the trademark in connection with the product.

It is of no moment who created a design, rather it matters who was first to use the design in commerce in the U.S. with the product in question.

So the fact that Cult Gaia might have copied its handbag design from vintage Japanese handbags is not important. What is important is that it was first to use it to market handbags in the U.S.

Wary that trade dress rights could be abused to monopolize designs without patent or copyright protection, the Supreme Court and Congress have imposed two important limitations on such rights. Both are in dispute in the case between Steve Madden and Cult Gaia.

Some forms of trademark are protected immediately upon first use in commerce. Not so product designs.

In 2000, the Supreme Court held that to claim trade dress rights, one must show that the consuming public has come to recognize the design as uniquely associated with one company – that the “primary significance” of the design is to identify the product as that of the source company.

That level of recognition usually requires a significant level of promotion and sales by the company, and in a legal case, a strong showing, through survey evidence, that the consuming public associates the design with a single source.

Second, designs that a company seeks to protect as trade dress cannot be “functional,” a complete bar to trade dress protection. Congress enacted such a bar in the Trademark Act, and the Supreme Court interpreted that strictly in a 2001 case.

There are two ways a design can be functional.

One is utilitarian – the design makes the product work better, or is cheaper to manufacture, or is of a better quality. Such improvements in product function are only to be protected by patents, not trade dress.

A design can also be “aesthetically functional.” This does not mean only that the design is attractive. Rather, it means that there is a competitive need to use the design, for example, to match popular decorating styles.

Cult Gaia's design
Both lack of secondary meaning and functionality were reasons why the Trademark Office rejected Cult Gaia’s application to register its design as a trademark.

The Trademark Office stated that there was no evidence showing it had achieved the high level of consumer recognition needed for trade dress protection.

On the functionality issue, the Trademark Office refused registration with some rather unclear reasoning:

The mark is a product design of a category of bags. Consumers are aware of Japanese bamboo half-moon shaped carrying-bags. Applicant’s mark is merely an iteration or appropriation of a style of bag from the Japanese culture. The design is a classic shape and style of carrying bag for personal use.

But as discussed, the fact that Cult Gaia appropriated its design from someone else is not the issue in trade dress law.

It remains to be seen whether Cult Gaia can convince either the federal court or the Trademark Office that it has trade dress rights in its design.

TRADE DRESS can be a powerful right.

Many luxury goods companies, including Gucci, Cartier and Audemars Piguet, have used such rights to great effect.

There is an increasing emphasis on the use of designs by luxury goods companies as part of their branding efforts. But there are high bars to clear before a company can acquire such rights.

The arguments and outcome of this case can teach several important lessons in how to effectively use trade dress rights to protect a company’s designs.