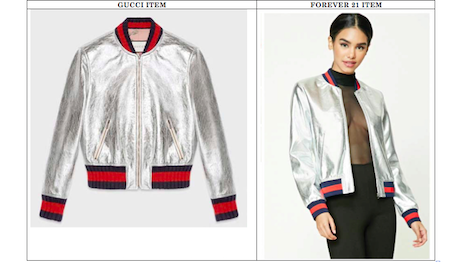 Gucci (left) claims Forever 21's designs are similar to its own, leading to a trademark dispute in the California judicial system. Image credit: Springut Law

In a prior post, I discussed Forever 21’s lawsuit against Gucci in federal court in Los Angeles, seeking to cancel Gucci’s registrations for its Blue-Red-Blue and Green-Red-Green striped marks, and for a declaration that its clothing and accessory products that incorporate similar striping are not infringing.

On your marks
The issues of infringement raised by the case include whether Gucci will be able to establish consumer confusion, either at the point of sale or in the post-sale context, whether Forever 21’s house mark dispels confusion, and whether there is a claim for trademark dilution.

The complexity of the issues stems from the fact that trademark rights are not the right to exclude others from use of a word or symbol, but the right to prevent consumer confusion or deception.

In a second post, I discussed that in response to the court’s dismissal of its original complaint, Forever 21 filed a massive, 145-page amended complaint, which appended over 100 pictured examples of products sold by other brands and retailers having similar designs.

The filing highlighted the fact that trademark rights can be lost where a design is allowed to become commonplace and loses its association with a single brand.

By design
As I discussed, a trademark is merely the right to use a particular word or symbol to identify the source of goods. It is only infringed when used in a way that confuses or deceives consumers. Consumer perception is thus paramount – what do consumers think when they see the mark on the trademark owner’s own product? Are they confused when they see a similar mark on the accused infringer’s product?

Now, in its most recent decision, the federal district court in Los Angeles has allowed Forever 21 to proceed with this new complaint, since the detailed allegations, which at the early stage must be assumed true, more than sufficed to state a claim.

Gucci is understandably frustrated that its decades-old trademarks are subject to challenge. But this latest development again reiterates the points I made in prior articles.

As I noted, design trademarks require the trademark owner to show public association of the design with a single brand. Consumer perception can change over time – what once may have been viewed as exclusively “Gucci” designs may now be viewed as a commonplace design of many brands. That at least is what Forever 21 alleges and now must prove. 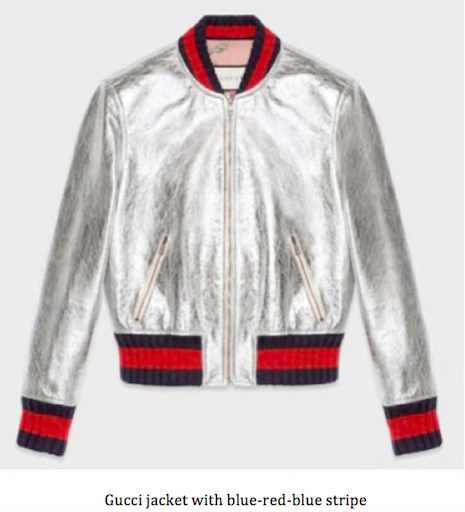 SINCE CONSUMER perception of exclusivity is the heart of the case, the lesson for trademark owners remains: “enforce it or lose it.”

Trademark owners who wish to maintain their rights in their marks need to vigilantly police the market and make sure that their marks do not lose their source-identifying power through widespread use.