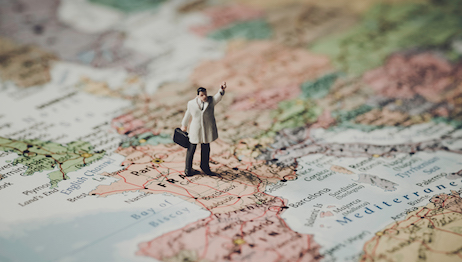 In 2016, Australia was the top destination for the world’s wealthy, with 11,000 millionaires moving to the Pacific country. According to a new report from New World Wealth, more ultra-affluent individuals emigrated to a new country in 2016 than in the previous year. These relocations, typically motivated by differences in living conditions such as crime and healthcare, can show upcoming trends, as millionaires are typically followed by their less affluent neighbors once they have the resources to do so. "Safety concerns are the the main driver of wealth migration globally," said Andrew Amoils, analyst at New World Wealth, Johannesburg, South Africa. "In particular, Australia, NZ and Canada are among to safest countries worldwide, which attracts wealthy people to move there as they offer a safe environment to raise their children." New World Wealth's fourth annual global wealth migration study is based on interviews with high-net-worth individuals with assets of at least $1 million. The researchers also talked to intermediaries such as wealth managers and property agents, as well as looking at secondary statistics and coverage of affluent moves in the media. Great migration In 2016, a total 82,000 millionaires left their homes, compared to only 64,000 in 2015. The countries that lost the most ulta-affluent include France, Turkey, India, China and Brazil. France in particular has seen growth in the number of millionaires leaving the country. Whereas only 6,000 left in 2014, the exiting wealthy doubled in only two years, with 12,000 departing in 2016. 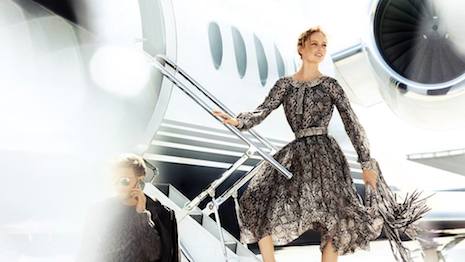 Affluents are moving to new countries at a greater rate. Image credit: Michael Kors Countries should be concerned with losing their wealthiest citizens, because often these individuals are paying more significant amounts in taxes than their less affluent counterparts. They also tend to contribute to society as innovators, as many are highly educated. Almost a third of millionaires are also business owners, which means their departure can cause lost employment opportunities. When a country faces economic hardship, millionaires are an insulated community that helps the economy keep moving. Whether they leave in search of better education opportunities for their children, easier religious relations, better treatment of women, less crime or financial opportunity such as changed taxes, millionaires are often a projection of further moves. Their moves, made earlier than their peers since money is not an obstacle, shed light on problems that all citizens are facing. On the flip side, Australia, Canada, the United Arab Emirates, New Zealand and Israel are doing something right, as they saw the largest growth in their millionaire populations. Australia is at the top of the list for ultra-affluent immigration for the second year in a row. Compared to Australia’s 11,000-strong influx of affluents, the United States added 10,000 new millionaires and the United Kingdom welcomed 3,000. Australia’s total wealth has also been growing at a faster rate than the other two nations, rising 85 percent over the past decade, and today the average Australian is more affluent than citizens of the U.K. or U.S.

Sydney skyline. Image credit: Pexels New World Wealth attributes the attraction to Australia to a number of factors, including the country’s proximity to Asia for business, its comparably low inheritance and estate taxes in contrast with other developed markets and its general insulation from conflict in the Middle East. Another difference between Australia and the U.K. and U.S. that may have factored in is its healthcare system. While the U.S.’ Affordable Care Act has faced criticism and the National Health Service in the U.K. is facing challenges such as shortage of doctors and nurses, contributing to its long wait times for care. Aside from those reasons, Australia also has a warmer climate than the U.K. and puts yacht owners nearby to Pacific destinations. Australian attraction Given the increasing affluence in Australia, a number of luxury brands have invested in the nation. LVMH-owned watchmaker Tag Heuer brought its newly imagined retail concept to consumers down under after the redesign of its Sydney flagship. Tag Heuer selected its Pitt Street Mall location to debut its new retail design concept last summer, bringing a new look and feel to its bricks-and-mortar presence. The brand's CEO Jean-Claude Biver called Australia one of Tag Heuer's "top priority markets," as it is one of the watchmaker's biggest (see story). Luxury retailing in Australia is projected to be a $2.4 billion industry by 2019-20, according to a 2015 report by IBISWorld. IBISWorld's "Luxury Retailing in Australia" report says the country's relatively stable economy has given its residents more disposable income, leading to more luxury purchases. Due to Australia’s favorable market for luxury goods, many brands have aggressively expanded their operations in the region (see story).