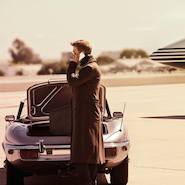 According to Wealth-X, approximately 55,000 ultra-high-net-worth individuals actively give to charities through volunteer work, fundraising and other philanthropic methods.

In its philanthropy report, Wealth-X and Arton Capital found that the ultra-wealthy continue to give toward charity, with 11,000 UHNW individuals gifting at least $1 million to select causes. For brands, understanding which types of charities attract UHNW individuals may help curating philanthropic programs and initiatives that target affluent donors.

How the affluent give back
While the charities supported by UHNW individuals vary, educational-related organizations and causes accounted for the greatest number of gifts made by affluent philanthropists, with the average gift size being $4.1 million for education and $11.8 million for higher education. This is representative of the importance affluents place on education, often giving back to their alma maters.

When compared to the general population of Americans, the majority donates to religious organizations (32 percent), education (15 percent), human services and grant-making foundations (12 percent) and health (8 percent).

On average, UHNW philanthropists donate $30.7 million in individual gifts granted to foundations. While this number seems like a hefty amount for a donation, this is likely due to 1 in 10 UHNW individuals having their own foundation where they serve as benefactor. Acting as a benefactor of a charitable foundation is also a tax-efficient way of allocating funds.

Wealth-X divided its data into cause type, value of gifts, number of gifts and average size of gift.

Among UHNW donors, religious organizations, human services and the environment receive the least in charitable gifts at $1.4 million, $1.6 million and $2.9 million, respectively. Government and society causes receive slightly more on average, with $3.6 million and $3.4 million being donated. Health-related charities on average receive donations of $7 million from UHNW donors.

Interestingly, as many of the brand-focused charities center on arts, culture and humanities, the sector receives an average gift size of $3.5 million from UHNW donors.

Given the interest UHNW individuals have in education and public, society causes, charities such as Gucci’s Chime for Change may be of interest to affluent philanthropists. Chime for Change rallies for education, justice and health care for underprivileged women and girls around the world. 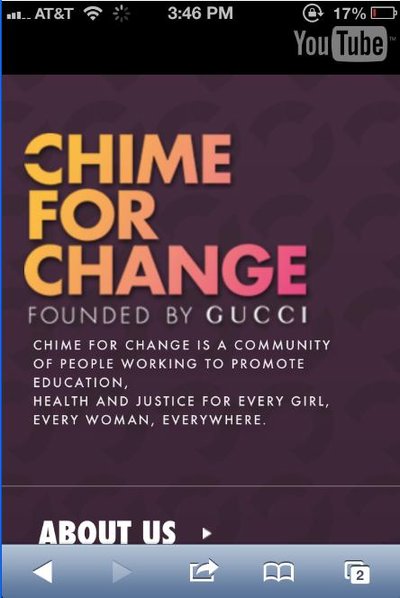 In April, Chime for Change began a campaign in Syria to raise money for the children and families impacted by the country’s civil conflict.

Chime for the Children of Syria, officially launching in May, has the goal of raising $25,000 for UNICEF to help the youngest citizens who have experienced trauma get an education as well as psychological help. As the Syrian conflict enters its fifth year, Gucci and UNICEF’s efforts will help minimize its costs and restore a feeling of normalcy to children’s lives (see story).