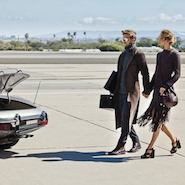 Through growth in some major markets and contraction in others, global luxury goods surpassed $1 trillion in retail sales value for 2015, according to a new report by Bain & Co.

Personal goods account for slightly more than a fourth of that revenue, but that number is very close to the year-ago, while automotive, hospitality and fine art have seen the highest growth rates. China is a mature marketplace for fine art sales, but Chinese consumers are continuing to look abroad for luxury goods, with sales in the once-sustainable markets of Hong Kong and Macau also dropping.

“The contraction in Mainland China is the result of a number of exogenous events, such as anti-corruption measures, Shanghai stock exchange drop and exchange rates fluctuations making luxury products in China much more expensive than in Europe, that we think can turn around,” said Federica Levato, principal at Bain & Company, Milan.

“In Hong Kong and Macau additional exogenous factors of market drop are the visa limitations to Chinese consumers, that make these markets more difficult to recover unless Chinese government will re-think this measures," she said.

Location, location, location
Among the key trends is the continued growth of the Chinese consumer, who makes up 31 percent of purchases compared to 24 percent by Americans and 18 percent by Europeans, and her tendency to buy abroad. The devaluation of the euro and the yen has made their regions desirable shopping grounds for travelers.

Even Hong Kong and Macau, historically successful markets, have seen a whopping 25 percent contraction. This contraction is in part a result of efforts to limit gray market purchases, in which Daigu, a type of merchant, buy-low on a product in a country with a favorable exchange rate and sell-high back in China.

Chinese consumers line up to enter a Louis Vuitton boutique

Bain is less worried about the long term effects in Macau, as plans to turn it into an entertainment hub and work against isolation from China will lead to recovery in the long term. Hong Kong, meanwhile should focus on locals.

Southeast Asia and South Korea both experienced modest growth, but the Middle East contracted due to lower traffic from Russia. On the flip-side, Chinese tourists helped Australia grow, and Africa is continuing to expand, although political instability will prevent it from exploding the way Asia did. 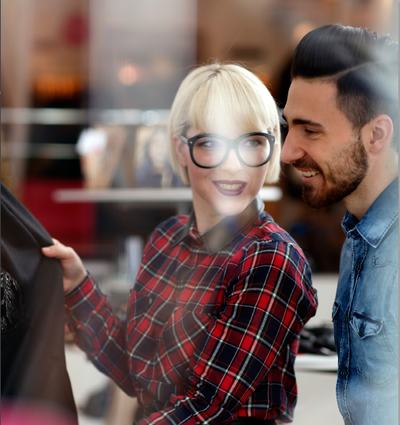 In addition to diagnoses of individual regions and countries, the report includes the same for each sector and for the various routes to market. 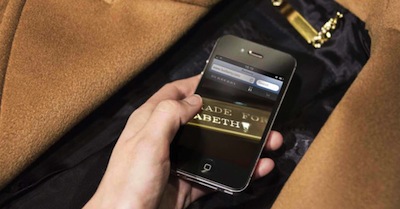 Among the key findings, off-price stores and marked-down products, as well as airport and online sales, have experienced huge growth, while full-price goods saw a decline. Jewelry sales have gone up while watches have dropped, and luxury food is having a moment, particularly in Italy.

"Fine art is one of the fastest growing luxury markets, with China among the most mature markets," Ms. Levato said. "Contemporary art in increasingly gaining share in the overall market. Public auctions segment is very concentrated: top 3 players accounting for around 50 percent of the market while private sales, still 60-70 percent of total, are losing share over auctions.

"[Also,] fine food recorded a record year," she said. "Both in mature and emerging markets there is an increasing appetite for excellence – China imports of chocolate quadruplicated in the last 3 years.

"Within this market, fine restaurants are also growing very well due to 2 macrotrends: new branded formats emerging, that can be scalable in global chains [and] Chinese luxury malls dedicating more space to experiential categories, restaurants for example."

The causes and solutions the study hypothesizes fit in line with other recent findings. Brands need to reach out across all touchpoints to stay with consumers as they travel, identify and tailor strategy based on economic trends and find solutions for pricing inconsistencies.

Much of this improvement can be attributed to a variety of economic factors taking Chinese consumers to Western Europe and Japan, where Kering’s presence is relatively strong. When examining recent growth, brands and conglomerates must look beyond the raw numbers and determine carefully what caused those numbers (see story).

Brands must also build strong relationships with a global clientele, as market rates and accessibility mean competition is always in a position to pounce on less loyal consumers.

Retailers are behind on adapting to 21st century changes to consumer behavior, but current trends offer a clear view of what modifications can be made to succeed, according to The Future Laboratory strategists at the U.S. Retail and Luxury Futures Forum 2015 in New York on Oct. 21.

Everything from accessibility to mobile technology and a wave of emerging markets create opportunities for brands to better reach luxury consumers, but the stigma of “accessibility” and its opposition to “luxury” remains strong, meaning many consumers may turn away from heritage brands as a matter of convenience. In retrospect, the brand strategies that came about in the 1970s and 1980s during a wave of globalization have been successful, with consumers today demanding relationships with brands, but now the brands are the ones trying to catch up with the 21st century consumer (see story).

"The effects of online on price transparency is already happening in 2015, with masses of consumers traveling to buy the real value-for-money of luxury," Ms. Levato said. "Luxury players must consider the new global luxury map, of no boundaries, neither physical nor digital, in their organizational models going forward."