LVMH ranked as most preferred employer by business student survey 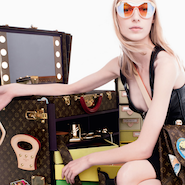 Luxury conglomerate Louis Vuitton Moët Hennessy has been ranked as the number one preferred employer in France.

For the seventh consecutive year, LVMH was selected by business school students as the most attractive employer in the Trendence France league table. LVMH actively encourages students to enter luxury business management positions, as well as on the artisan side of its companies, through a series of higher education programs.

Questions on the survey, conducted by the Trendence Research Institute, measured the attractiveness of employers in more than 30 countries. The survey is conducted in France and is in partnership with the weekly magazine L’Express.

The survey asked students to rank future employers against how they perceive a variety of criteria such as personal development opportunities, attractiveness of assignments and a rich corporate culture.

For 2015, the Trendence survey found that LVMH was ranked by student respondents as the most attractive employer among business school students. In March, LVMH was selected by Universum France as the top ranking preferred future employer for the tenth year in a row.

LVMH’s good standing among business students is likely due to what the conglomerate offers those seeking higher education.

For example, LVMH is helping to train the engineers of tomorrow by participating in the Ecole Centrale Paris engineering school’s Supply Chain management chair. 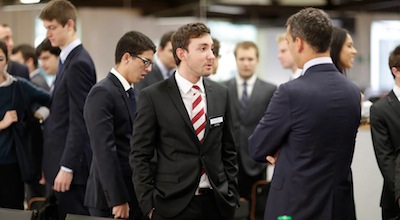 Specialists from LVMH brands, as well as companies Carrefour, Safran and Sanofi, will be involved in the Industrial Engineering curriculum at the school, and will also provide hands-on training through internships. Luxury brands often have trouble finding the right talent to fill particular roles, so this partnership will begin to develop long-term relationships with those who might be able to work with the conglomerate in the future (see story).