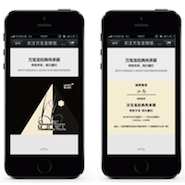 There are 7.2 billion individuals in the world and just more than 3 billion of them are active Internet users, according to research conducted by We Are Social.

The growing number of individuals who are gaining better access to the Internet and mobile devices opens a world of potential consumers for brands. This data can inform luxury marketers of the top social channels in specific countries and will likely aid in the integration of brands into nations that have previously been overlooked.

“The internet may follow the same architecture all over the world, but the way people use and experience it varies hugely, even between neighboring countries,” said Simon Kemp, regional marketing partner (Asia) at We Are Social.

“What particularly stands out for us in the report are the stark differences in usage behavior across BRIC countries," he said. "Internet penetration across Russia (60 percent), Brazil (54 percent) and China (47 percent) looks quite healthy, but at just 19 percent, India still has a long way to go in terms of internet empowerment.

"However, the average Indian internet user spends more than five hours per day using the internet, so once they have access, it quickly becomes an integral part of Indian users' lives."

We Are Social’s Digital, Social and Mobile in 2015 report includes statistics for more than 240 countries around the world, and profiles 30 of the world’s largest economies in detail.

Forty-two percent of the world’s population has access to Internet, and the number is expected to rise even higher as technological advances allow more people to log online.

East Asia has the highest amount of Internet users with 823 million, more than double the total users of the second highest area, West Europe. Regions are dissected even more into the percent of the population using the Internet and the time spent online. The Phillipines, Thailand and Brazil are the top countries spending over 5.2 hours a day online.

The Philippines has 100.8 million citizens, but there are 114.6 million mobile connections. The 114 percent of the Philippines's population that is using mobile engages with devices for about 3 hours and 19 minutes a day. 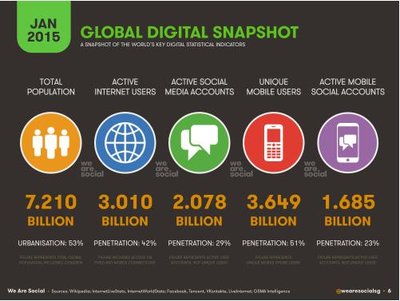 Looking around the globe, We Are Social found that countries like Nigeria and India blew other nations away when it comes to mobile’s share of Web traffic, with over 70 percent of Web pages served to mobile phones.

Also, South Korea has the best net connection speed, surpassing the global average by over 20 megabytes per second and the United Kingdom, Germany and South Korea lead the world in ecommerce. 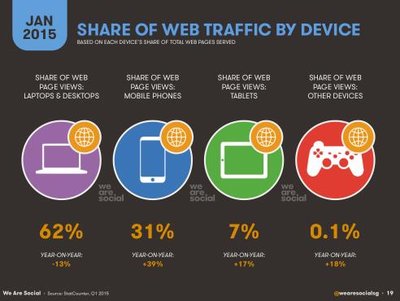 On social media, there are about two billion active accounts around the globe and 690 million of these can be traced to East Asian countries.

Facebook is the most popular social site in the world and Chinese social applications QQ and Qzone are the second and third most highly used social platforms. However, it has been found that many users have more than one account on QQ and Qzone, skewing the numbers.

Many retailers have been focusing on WeChat in Chinese markets, and although the platform falls sixth in the global lineup of social media options, in China WeChat is the most popular channel.

The popularity is furthered by brands such as Yoox, the official ecommerce partner of Kering, who teamed up with WeChat to enhance its consumers’ mobile shopping experience (see story).

Skype campaigns have long dwindled in luxury marketing, but the video calling option maintains more users than Instagram, Twitter, Tumblr and Viber. In the United Arab Emirates it is the most used platform with 51 percent of active social users are on Skype.

In some countries, home grown social platforms are much more popular than the typical American options. For example, in Russia, VK and Odnoklassniki are the two most popular channels and in South Korea KaKao Talk is the most used platform.

WhatsApp also has a strong hold in some countries, being the number one social channel in Saudi Arabia, Singapore, South Africa and Spain.

Emerging countries are a subject of interest for many luxury marketers, but reaching the right consumer in these nations requires a focus on cultural integration, according to the “High-net-worth-individuals in BRIC-dom: Facts and myths about their consumption of luxury” session at Luxury Interactive 2014 Oct. 15.

Brazil, Russia, India and China have a large market of high-net-worth-individuals who are typically interested in purchasing luxury goods, but reaching these markets requires time and attention. The session focused on the cultural approaches brands need to take to integrate themselves into the BRICs and reach consumers appropriately (see story).

Brands are often faced with the task of appealing to consumers of a certain region while maintaining brand identity. Some brands have crafted campaigns for consumers from a specific nation.

For example, British fashion house Burberry expanded the footprint of its Beauty Box concept store with an opening in Seoul, South Korea.

The expansion of Beauty Box into Seoul was Burberry’s first attempt at bringing its new beauty concept to other markets outside its London flagship in Covent Garden. In recent months, Burberry has worked to strengthen its ties to the Asian market through store openings and events (see story).

Integrating into other nations will likely be a common occurrence in the future of luxury marketing as access to the Internet and mobile devices ease.

"Social marketing in 2015 will split in two: we'll see an increasing number of 'traditional' marketers throwing money at social advertising to build reach, but we'll also see an increasing number of savvy brands building relevance and resonance by creating 'marketing worth talking about' - using every aspect of their marketing mix, from products to packaging to comms and events, to drive organic conversation and sharing," Mr. Kemp said. "2015 will belong to the marketers who understand the 'why - i.e. people's motivations for using these technologies, not just 'what' they're using."