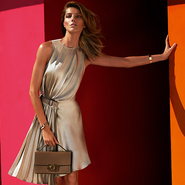 The latest installment of the Shullman Pulse found that purchasing patterns among millionaire millennials diverge noticeably from those of millionaire Gen-X'ers and Boomers.

Whether it comes to lifestyle commitments or economic views, the three demographics displayed varied priorities. For instance, while 77 percent of millennials felt confident about the economy, 58 percent of Gen-X'ers and 32 percent of Boomers felt the same.

"The major difference is that [millennials] have wealth very early in their adult life and they’re going to use it," said Bob Shullman, founder/CEO of the Shullman Research Center, New York. “Go after them.

"Once people hit their mid-40s and their 50s, the probability of their buying lots of things has diminished," he said.

The information found in the “Millionaires Have Their Own Generation Gap” is based on the Shullman Luxury and Affluence Monthly Pulse Fall 2013 Preview Wave that was conducted online Aug. 20-27 among Unites States adults ages 18 or older.

The report found that the number one concern of millennials is remaining financially independent, with 52 percent of respondents concurring.

Forty-seven percent of Gen-X'ers deemed providing for their children's college expenses a major concern, while 43 percent cited unexpected emergencies and having control of assets. 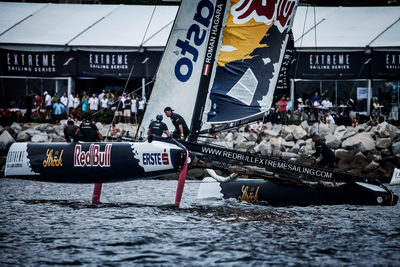 Boomers listed having enough money for retirement as the chief concern.

Eighty-two percent of millennials responded that they plan to make one or more luxury purchases in the next 12 months, versus 47 percent of Gen-X'ers and 49 percent of Boomers.

The most popular forecasted luxury purchase remained a high-end vacation, with 44 percent of millennials, 27 percent of Gen-X'ers and 29 percent of Boomers listing this option.

However, 59 percent of both millennials and Gen-X'ers expect to spend more money in 2014, compared to 21 percent of Boomers.

Boomers were most likely to respond that giving to a charity and traveling for pleasure are in their near-future plans.

The Shullman Pulse gradually fans out data points to get to a holistic understanding of luxury consumers.

While not all millionaires have a high annual income, the report argues that they should still be a primary focus for marketers. As the report splits up its survey base, different attitudes emerge that may be useful for marketers (see story).

Also,72 percent of ultra-affluent said that they buy based on quality and less on price, and 64 percent said that they seek out superior service when shopping. This study builds upon the Shullman Research Center’s last study by providing a closer look at Amazon from the consumer’s perspective (see story).

Fifty-nine percent of adults in the United States have made a purchase on Amazon in the past year, according to the survey.

The “Shullman Luxury and Affluence Monthly Pulse” survey suggests that the consumer shift toward Amazon is powered by the engines of competitive pricing and convenience. Although Amazon’s ascent, capabilities and penetration of the luxury market are nothing new, determining the size of jeopardized market share will help luxury brands find a common ground with the online retailer (see story).

"Marketers have to start letting go and letting younger people start marketing to their peers the way their want to be marketed to," Mr. Shullman said.